Capella Hotel Group has appointed Cristiano Rinaldi as Chief Operating Officer. Armed with an impressive resume incorporating some of the world’s most sought-after luxury hospitality brands, Cristiano joins the group at an exciting time as Capella pursues international expansion plans.

Prior to joining Capella Hotel Group, Cristiano was based in Tokyo. He spent the last four years as  General Manager leading the pre-opening activities for The Bangkok EDITION as well as The Tokyo EDITION  Ginza and Toranomon. He has also held the position of Vice President, Operations for One & Only Resorts in Dubai, where he oversaw the performance of the nine resorts within the group’s portfolio, as well as leading plans for future expansion.

Cristiano began his career with Hilton and was employed in several Food and Beverage management roles across London and Dubai. In 2001, Cristiano joined the Ritz-Carlton Doha as part of the pre-opening team. Following this, he had the opportunity to join Bulgari Hotels & Resorts in various senior leadership assignments across Milan and Tokyo, including supporting the opening of the Bulgari Hotel in Bali. He then went on to successfully open The Ritz Carlton Hong Kong as Hotel Manager. In 2012, Cristiano was recognised for his valuable contributions with a promotion to Area Director of Operations for Ritz-Carlton, Bulgari and EDITION hotels. Throughout his career, Cristiano has opened more than 35 luxury hotels across the globe.

Nicholas Clayton, CEO of Capella Hotel Group, said, ’Given the future growth of our brands and our quest for operational excellence, Cristiano’s appointment could not have come at a better time. His rich operational experience, creativity and passion will complement our efforts to be the undisputed service leader in each of our destinations.’

Capella Hotels and Resorts was recently voted No. 2 Hotel Brand in the World.[1] Their global expansion plans are on track; set to open on 1 October 2020 is the highly-anticipated Capella Bangkok featuring expansive suites and villas overlooking the Chao Phraya River, as well as three-Michelin-starred chef Mauro Colagreco’s first foray into Asia. Following Bangkok will be the unveiling of Capella Hanoi, a Bill Bensley-designed boutique hotel with 47 individually-styled suites that celebrate Opera In the Roaring Twenties. 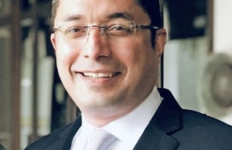 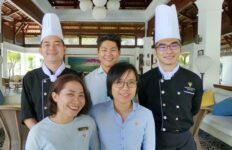 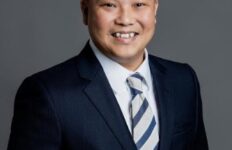 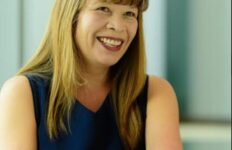