La Vie Hotels & Resorts, a leading independent hotel operator in the Asia Pacific region, has announced the appointment of industry veteran, Craig Bond, to the role of Managing Director. Based out of the group’s head office in Sydney, Craig will lead the company as it heads into a period of exponential growth and will build the group’s reputation as an independent hotel operator of choice in the region.

Bond is an award-winning hotelier with a large portfolio of successfully developed and branded hotels, resorts, spas and restaurant concepts throughout the Asia Pacific region under his belt. He joins the team from ONYX Hospitality Group in Bangkok, Thailand, where he was most recently Executive Vice President – COO. Previously, he was Vice President, Operations at Oakwood Worldwide Singapore and has also held roles across Australia as Area General Manager, Oceania with Pan Pacific Hotels Group in Sydney and Area General Manager with Mirvac Hotels and Resorts in Melbourne.

Bond’s announcement comes off the back of the group’s recent signing with IHG Hotels & Resorts following a franchise agreement to operate Holiday Inn & Suites Bondi Junction. The hotel, which is minutes from one of the world’s most famous beaches and close to leading retail and transport systems, is well positioned to service both business and leisure travellers to Sydney’s eastern suburbs.

Commenting on his new role, Bond said, “What led me to La Vie Hotels & Resorts was the passion, energy and determination from Founder & CEO Jerry Xu, to grow the company across Asia Pacific and beyond, to become the leading independent Hotel Management company in the region.

“Already, there are many developments that are well advanced and we are excited to be able to announce a number of these over the coming weeks in line with our growth and development strategy across Asia Pacific. We have strong partnerships with many of the major brands that we will continue to grow, and we are well underway in developing our own stable of brands that we will look to launch to the market later in the year.

“It is certainly a busy and exciting time at La Vie and the interest the team has received from owners and investors looking for the La Vie difference is certainly encouraging, and I am incredibly excited to be embarking on this next chapter with them.”

Jerry Xu, Founder and CEO, La Vie Hotels & Resorts, said “2022 will be a huge period of growth for La Vie Hotels & Resorts, and I am thrilled to be welcoming Craig into the fold. He is a talented addition with a strong industry background, joining a world-class international team where we partner with some of the world’s most recognised brands. We adopt a flat line management structure to ensure we provide a razor sharp and unrivaled 360 degree solution to our partners.

“We have a lot in the pipeline this first half of 2022 and we are excited to have someone of Craig’s calibre and ability to lead us into the future”.

Craig commenced in the role on 7 February 2022 and will be based in Sydney at La Vie Hotels & Resorts Head Office in Woolloomooloo Sydney. 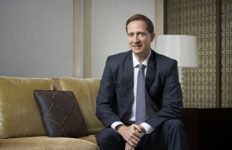 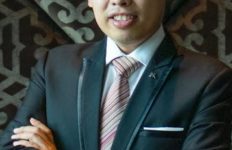 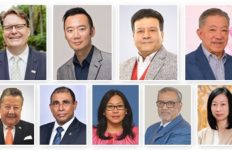 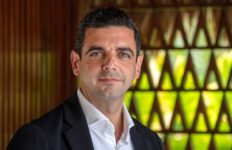