Mark Burns, one of Australia’s most experienced hoteliers in the upscale space, has been appointed as General Manager of Accor’s popular Pullman Cairns International hotel.

His engagement comes as the 16 floor, 321-room Pullman (located on Abbott Street in the CBD) moves into the final phase of a major refurbishment program which commenced in mid-2021.

Sarah Derry, CEO of Accor Pacific, said, “We are excited to welcome Mark as General Manager of the Pullman Cairns International. Mark’s experience in the five-star sector and talent for elegant, upscale makeovers make him the perfect person to take the helm at this crucial time. He has an incredible ability to reinvent a hotel in terms of service culture and food and beverage, and will undoubtedly lead the Pullman team to create a special guest experience.”

Pullman Cairns International’s owners, Shakespeare Property Group, have already made a significant investment in the hotel as part of its first phase of work, earlier this year completing a multimillion room rejuvenation journey that extended across eight floors. This update introduced a contemporary new black and white colour palette and distinct Queensland architectural style to the hotel’s Superior Mountain View Rooms, Deluxe Harbour View Rooms and Deluxe Family Suite. Shortly, the hotel will embark on phase two of its rejuvenation which will include a significant investment into its bar and restaurant offerings.

Shakespeare Property Group Vice President – Hospitality Assets & Investments, Richard Saab, said: “Our elevated design vision for the Pullman Cairns International is reflective of Shakespeare Group’s ambition to lead by example in the premium accommodation space. Reinventing the hotel’s identity and service offer will ensure we exceed the expectations of discerning domestic travellers, and of course the returning international market. The objective is to create a new benchmark that will inspire guests to visit the region.”

Mr Saab added that Shakespeare Hospitality Group is committed to investing in Queensland – where the group owns the Pullman Cairns International and the Novotel Cairns Oasis Resort, Novotel Sunshine Coast Resort and Sunshine Coast Convention Centre. He said the Group’s hotels in Cairns are poised to support what he hopes is a spectacular international tourism rebound for the destination in 2022.

In his new role, Mr Burns will be tasked with the reinvention of Pullman’s food and beverage venues.

As the former General Manager of the five-star Fullerton Hotel Sydney, housed in the historic former General Post Office building in Martin Place, he oversaw the hotel’s complete conversion and re-branding from The Westin Sydney in 2019.

Previously, he enjoyed a lengthy 20-year tenure across several Australian properties with Starwood Hotels & Resorts and prior to that worked for the Mandarin Oriental Hotel Group with positions across Hong Kong, Macau, Thailand, Indonesia and Hawaii.

Mr Saab said, “Mark is entrusted with delivering on our vision for the Pullman, and we are confident that under his direction we can elevate the hotel to become Tropical North Queensland’s most distinguished destination to stay, indulge and dine.” 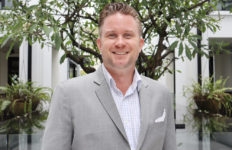 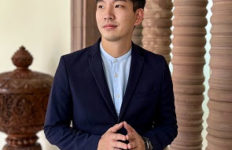 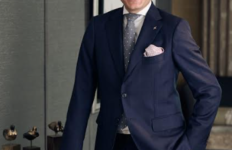 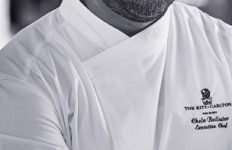