Since arriving in Bangkok in 2018 as General Manager of Anantara Riverside, Mark has been the driving force behind the positioning of the riverside as a popular entertainment and dining destination. During that time Mark has successfully introduced SEEN Restaurant & Bar Bangkok, a prime rooftop nightlife venue as well as overseeing the concept, creation and launch of the hugely successful late-night hotspot, Lost & Found. He also oversaw the openings of restaurants, Spice & Barley and Benihana. In addition, Mark led the launch of Loy River Song, Thailand’s latest and most exclusive luxury river cruise, transporting guests from the centre of Bangkok up to the ancient capital of Ayutthaya.

His passion and commitment for delivering exceptional experiences and satisfaction for guests forms the basis of his boundary pushing concepts and infections motivation which consistently inspires his team members and colleagues to outperform the competition.

Hailing from Ireland, Mark has a demonstrated history of working in the international hospitality industry with over ten years’ experience in Asia, Mark joined Anantara in 2017 as General Manager for Anantara Mai Khao Phuket Villas. His wealth of experience across many hospitality sectors such as food & beverage, hospitality management, hotel openings, and commercial operations equips him with a holistic approach to hotelkeeping and forms the basis of his intrinsic understanding of all elements of the industry.

Prior to joining Anantara, Mark has experienced a wide spectrum of hotels, from large global hotel brands such as Starwood and Hyatt as well as boutique and intimate properties such as Club Coco and Brooks Hotel in his native Dublin. He studied at the Shannon College of Hotel Management as well as Cornell University.

When Mark is not leading his team across Bangkok, he can be found with his four adorable dogs an English Bulldog, Corgi, Pomeranian and Daschund named Sammy, Oscar, Coco and Alfie. 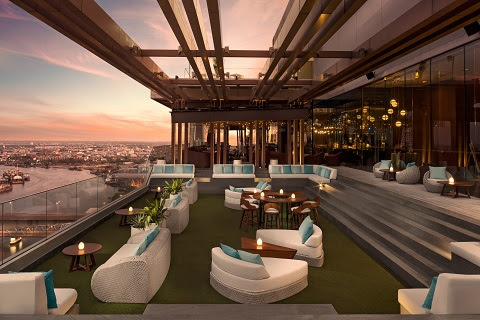