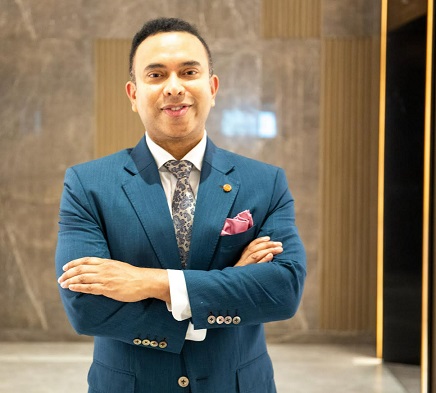 Sukamal Mondal first assumed the title of General Manager at the tender age of 32, a testament to his capabilities and natural leadership qualities.

Coming from a traditional Indian family, Khun Sukamal’s journey into the hospitality industry began at a young age. He started his career as a bartender in China, where he swiftly worked his way up to become a restaurant services manager. In 2006, he began his journey with ONYX Hospitality Group, where he was appointed as the Resident Manager of Shama Century Park in Shanghai.

His passion and capabilities, were quickly recognised within the organisation. At the mere age of 32, Sukamal, was appointed as the General Manager of Shama Sukhumvit Bangkok. Since then, Sukamal Mondal has gone from strength to strength, holding key leadership roles within the ONYX Hospitality Group.