AirAsia is celebrating the 15th anniversary of its Macao operations with a special anniversary sale for flights from as low as MOP115.*

Marking 15 years of service in Macao, AirAsia kicked off celebrations earlier this morning by surprising the lucky passengers seated in row 15 of AirAsia flight FD760 from Bangkok to Macao with complimentary flight vouchers, with memorable souvenirs for the rest of the passengers.

Guests were later greeted by Celia Lao, AirAsia Hong Kong and Macao CEO and also invited to take photos in front of the AirAsia event photo booth at Macao International Airport with AirAsia Cabin Crew and to pick up special souvenirs at the boarding gate for Flight FD763.

AirAsia has been serving Macao since 2004, starting with the pioneer route from Bangkok. Today, AirAsia operates more than 90 weekly flights into Macao – including direct services from Bangkok, Chiang Mai, Pattaya, Chiang Rai, Phuket and Krabi in Thailand, Kuala Lumpur and Kota Kinabalu (Sabah) in Malaysia and Manila, Cebu and Kalibo (Boracay) in the Philippines – and has carried over 10 million passengers to and from Macao since its inaugural flight.

AirAsia Hong Kong and Macao CEO Celia Lao said, “Apart from marking 15 years in Macao this year, AirAsia was also named Skytrax World’s Best Low-Cost Airline for the 11th year running. It is an honour that couldn’t have been achieved without the ceaseless support of our guests, private and public sector partners and the authorities, and we wish to take this opportunity to thank you all.

“Giving our best every day is what we strive for, and we stand ready to deliver an affordable, world-class travel experience to all our guests as we continue to expand our network in response to the needs of business and leisure travellers,” she added.

To celebrate its 15th anniversary in Macao, AirAsia is offering a special one-way promotional base fare on all existing routes to/from Macao from only MOP115*, available for booking on airasia.com or the AirAsia mobile app from today until 22 July 2019 for travel from 19 August to 30 November 2019. 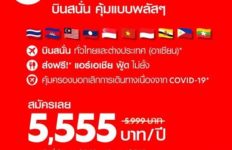 Fly Across ASEAN with AirAsia SUPER+ for Only 5,555 THB!→ 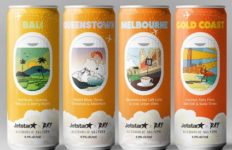 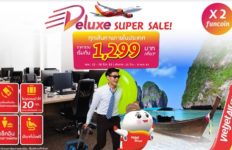 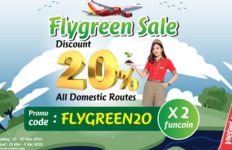