AirAsia is adding a new route from “Chiang Mai-Singapore” to fly four times a week every Monday, Wednesday, Friday and Sunday starting 1 February, 2023.

Bolstering flight bases beyond Bangkok, the latest route brings even more options to the already popular city of Chiang Mai, where both its domestic and international routes are well-received and this will see its Chiang Mai-based fleet grow to four aircraft in anticipation of growth this December.

Mr Santisuk Klongchaiya, Chief Executive Officer of AirAsia Thailand, stated that “As travel demand is increasing, AirAsia is introducing a variety of new routes, focusing on international journeys to help boost the economy. Our latest addition, Chiang Mai-Singapore, will make AirAsia the provider of convenient travel to Singapore as it will be flying Don Mueang-Singapore three times a day, Phuket-Singapore one time a day and Chiang Mai-Singapore four times a week.

“Singapore is a complete tourism destination that has always been popular, with a high Load Factor average throughout the year. The direct Chiang Mai-Singapore route will give people of the north a convenient and affordable way to reach Singapore while Singaporeans can easily head to the unique city. The route will benefit the economies of both locations”.

Marking the introduction of Chiang Mai-Singapore, AirAsia is offering the “Endless Colors of Singapore” promotion. AirAsia members will fly the route for only 3,390 THB per way while general customers will fly for only 3,430 THB per way. Book this 17 November – 4 December, 2022 for travel from 1 February, 2023 using airasia Super App. 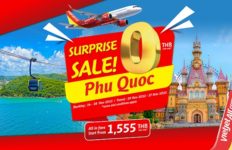 Explore the paradise of Phu Quoc from just THB 1,555→ 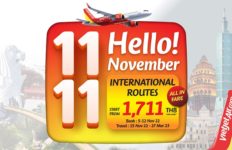 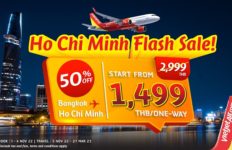