AirAsia strengthens its Chiang Rai flight hub with a route to China, introducing daily direct flight “Chiang Rai-Shenzhen” at a promotional fare from only THB 735 one way available for booking today (3 April 2019) – 14 April 201o for travel from 30 April 2019 to 15 June 2019 at airasia.com.          Santisuk Klongchaiya, CEO of Thai AirAsia, said the airline is developing Chiang Rai as its seventh flight base after bringing a variety of domestic and international routes to the province earlier this year and receiving a warm welcome. Further offering convenience and travel opportunities to Chiang Rai, the airline is continuing to add routes, especially to the strategic market of China.

The airline is confident Chiang Rai-Shenzhen will meet the needs of travellers. The route will begin operating this 30 April 2019 and is aimed at attracting Chinese tourists to stimulate tourism and the economy in Chiang Rai while allowing locals of the province to experience a new take on China.

“Chiang Rai is a very high potential province with its distinct travel, natural and lifestyle offerings. Its global awareness has also been boosted by the rescue at Tham Luang Cave, providing a real opportunity for promotion. Chinese tourists have already shown an increasing interest in Chiang Rai and this new route should only make their travels easier,” Mr. Klongchaiya added.

Shenzhen is known for its fairly priced shopping and has a wide selection of clothing, accessories, bags, shoes and even electronics and appliances. A modern city, Shenzhen welcomes travellers with plentiful restaurants and chic cafes ready to be snapped and shared online.

The new route is being introduced at a promotional fare starting from only THB 735 one way. Book today (3 April 2019) – 14 April 2019 for travel from 30 April 2019 – 15 June 2019 at airasia.com and all ticketing channels. Follow the latest news and promotions from AirAsia at Facebook (facebook.com/AirAsia) and Twitter (twitter.com/AirAsia). 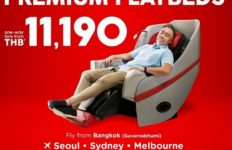 WE ARE BACK! PAINTING THE SKIES RED AirAsia’s Biggest Ever FREE Seats* Sale Launches Today 5 Million FREE Seats* Up For Grabs As All Airlines Flying High Once Again→ 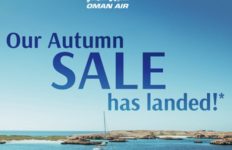 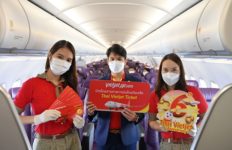 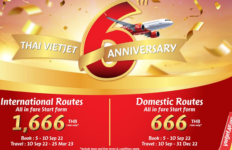