Thai Vietjet welcomed the delivery of the Airbus A320 as the 13th aircraft in its fleet, providing 180 economy–class seats, which will serve vaious domestic routes in Thailand such as Suvarnabhumi to Hat Yai/Khon Kaen/Surat Thani/Nakhon Si Thammarat, Chiang Rai to Phuket/Hat Yai, plus the new direct flight between Chiang Mai and Nakhon Si Thammarat which will be started the operation on 30 November, 2020.

On the occasion of welcoming 2 new aircrafts into the fleet, the airline has introduced a new all–in ‘Deluxe’ service’ with a promotional price starting from THB999 and THB99 for economy class. The promotional tickets can be booked from 17 – 20 November, 2020 for travelling from 1 December, 2020 – 30 June, 2021 (excluding Public Holidays) with option to redeem 40% cash back from the government’s ‘Travel Together’ campaign. Passengers can register to be airline’s membership ‘SkyFUNNER’ and book the promotional tickets at SkyFUN.vietjetair.com.

The new aircrafts receiving are in line with the fleet and route expansion plans. In November 2020, Thai Vietjet has received a total of 2 new aircrafts, and the airline plans to receive 2 more aircrafts in December, resulting a total fleet of 15 aircrafts by the end of 2020.

Thai Vietjet is committed to providing on time scheduled flights with the highest safety complied with the standards and regulations of the relevant authorities. Vietjet also owns one of the world’s newest and most modern fleet with an average age of only 2.7 years and was awarded the highest ranking for safety with 7 stars by the world’s only safety and product rating website airlineratings.com. The carrier has been strictly performing aircraft disinfection daily throughout its fleet in compliance with Thai Ministry of Public Health. 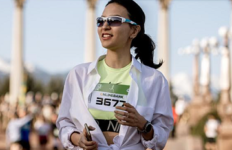 Fly With Air Astana To The Largest Running Competition In Central Asia: Special Fares For The Almaty Marathon 2022→ 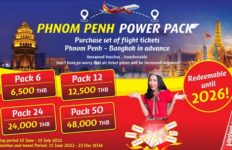 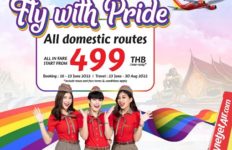 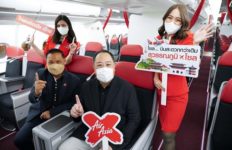