What to see and where to stay at these creatively inclined destinations:

Wuhan, China
Often overshadowed by its cosmopolitan cousins Beijing and Shanghai, Wuhan is shaping up to be one of China’s next big creative hotspots ­– it was added to the UNESCO Creative Cities Network in 2017 under the field of design. Well known for its cultural relics, natural attractions and – more recently – expertise in bridge and high-speed rail engineering, Wuhan is also rapidly rising on the radar of creatives and independent artists. Popular graffiti artists such as Colombian Didier “Jaba” Mathieu recently made their mark on buildings and the streets of Wuhan as part of the Great Wall China Street Art Festival.

See: Head to Tan Hua Lin, a pedestrianised street full of quirky boutiques selling locally designed handicrafts, art galleries, and cozy cafes and tea houses amidst heritage buildings. It is also home to Tanhualin Art Village, Wuhan’s answer to Beijing’s iconic 798 art zone. Visit the United Art Museum for one of the city’s largest privately owned art collections, and the Wuhan Art Museum for a taste of traditional and contemporary Chinese art spanning more than 1,000 works from watercolour and oil paintings to sculptures and photography.

Geelong, Australia
Melbourne has long been considered the creative capital of Australia, but it’s worth making a day trip to Geelong, the second largest city in Victoria and named a UNESCO Creative City of Design in 2017. With a modern industrial history of textiles and manufacturing, Geelong has in recent years evolved with cutting-edge urban design and a burgeoning creative industries sector. The 2015 opening of the rebuilt Geelong Library and Heritage Centre added an award-winning icon to the city’s architectural and cultural landscape.

See: You can’t miss the stunning dome of the Geelong Library in the heart of the cultural precinct with its geometric concrete and glass tiles. Go to the level 5 balcony for spectacular views of the city, then explore the neighbourhood. Little Malop Street is packed with great places to eat, colourful street art and the venerable Geelong Gallery. An up-and-coming creative hub is a 20-minute walk away in Pakington Street. Known as Pako to the locals, you’ll find a host of indie boutiques, artistry shops, cafes and the dynamic Boom Gallery, which is housed in a former woollen mill.

Stay: DoubleTree by Hilton Hotel Melbourne
Located directly opposite the Flinders Street Station, the hotel is minutes away from Federation Square and the famous Melbourne laneways. Geelong is an hour’s drive away, or an easy 1.5-hour train ride from Flinders Street direct to the heart of the port city.

Bangkok, Thailand
The Thai capital is well known for its beautiful temples, colourful culture, delicious eats and a plethora of shopping and spa options. It’s only in recent years that the creative districts have emerged out of the shadow of downtown malls, Chatuchak Market and Khao San Road to be on every traveler’s checklist. When the Thailand Creative & Design Center (TCDC) moved to its current location on Charoen Krung Road in May 2017, it hoped to foster Bangkok’s creative potential, as well as grow the local arts community with exhibition spaces and resources. 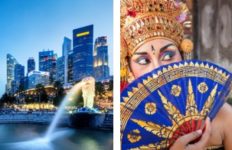 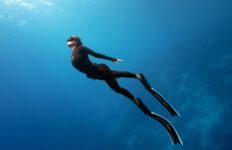 Dive ALL in with Accor’s Exclusive New Member Rates→ 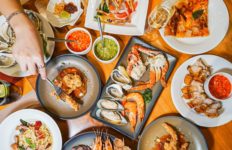 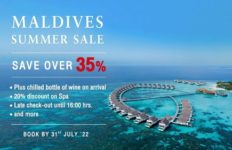