Tumblr
0
[pro_ad_display_adzone id="915574"]
Songkran in Bangkok is set to change forever with the arrival of Siam Songkran – Thailand’s newest four-day Songkran festival set to be held 12 – 15 April, 2019 at Bangkok’s largest city centre entertainment zone, SHOW DC Arena.
A time of tradition, Songkran is also a time of fun with family and friends, and Siam Songkran is set to blend Thai and Western cultures with a packed music and entertainment programme and the largest water fight in Bangkok. Organisers expect Siam Songkran to become the largest Songkran Music Festival in Thailand and a new Songkran destination in the city that welcomes both residents and international visitors.
According to organisers, Zapp: Siam Songkran is something Bangkok has never seen before. Held over four days with four outdoor zones and two huge stages showcasing live music from top Thai performers, as well as talent from around Asia, we are melding together Thai and Western cultures in a fun environment and are confident festival-goers will be blown away by the event. Our goal is to make Siam Songkran an iconic annual music and entertainment event for the city, and we have invested significantly to ensure it Siam Songkran is the talk of the town.
Tickets can be purchased online at www.siamsongkran.com and range from 1,500THB for a single day pass, to 6,400THB for a VIP 4 Day Pass. For those looking for the ultimate festival experience, special VVIP Packages are available from 100,000THB (for 6 pax) to 385,000THB – the first festival pack with pool suite.
The huge festival area will have four festival zones including two stages for live music on which some of the biggest acts in Thailand and around Asia will perform. From trap, to big room, to hard-style to Brazilian bass, and even the melodic progressive, Siam Songkran will have it all.
The “Siam Stage” (Zone 1) is where Thailand’s best performers will deliver a new, never before seen experience to festival goers, while on the “Silk Stage” (Zone 2) will be an eclectic mix of international performers from East Asia.
Headliners include Yellow Claw, Afrojack, Coone and Crisis Era, while many others will play live over the festival such as Dolf, Zatox, Darren Styles and more. The latest lineup can be seen at https://siamsongkran.com/#lineup.
Check out the Vintage Market with its curated shopping offerings and transport back in time with local Thai dishes, all available at “Thai Taste” (Zone 3). In Zone 4 – “Siam Workshop” – Thai cooking, Muay Thai and more are on the workshop menu providing an opportunity for foreign visitors to learn more about Thai culture and for locals to brush up on their cooking and Thai boxing skills.
“Siam Songkran is set to be an iconic city centre event for Bangkok. Combining international and Thai music talent, Thai cuisine, culture, performances and shopping, as well as huge water battles over four days, we aim to showcase the “sanook” side of Thailand and look forward to welcoming thousands to the inaugural event from 12 to 15 April at SHOW DC Arena,” commented Goh Soo Sing, Chief Executive Officer of Show DC Corp Ltd., official event partner of Siam Songkran.
Live plays and performances, photo booths and endless instagram opps, as well as relaxing Thai massages in the resting zone, round out a four-day festival packed with activities and performances for everyone to enjoy.
All festival-goers will receive a “Siam Kit” as part of their ticket price which includes a dry bag to keep all important items dry, and a water gun to make sure you wet everyone important to you!
#SIAMSongkran tickets can be purchased online at www.siamsongkran.com and range from 1,500THB for a single day pass, to 6,400THB for a VIP 4 Day Pass. VVIP Packages range from 100,000THB (for 6 pax) to 385,000THB, the first festival pack with pool suite.
Powered by SHOW DC, Clubbing Asia, One and Zaap, Siam Songkran will take place 12 – 15 April, 2019 at SHOW DC.
[pro_ad_display_adzone id="915575"] 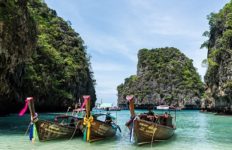 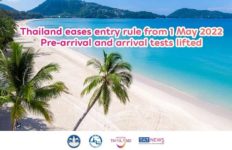 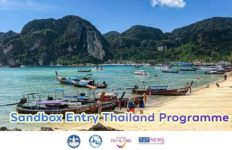