Tumblr
0
The areas in the Bangna neighborhood, have been shift from industrial area to a thriving residential and commercial hub. Now being dubbed as the “Greater Bangna Area” by the real estate development community locations such as Lat Krabang road, Onnut-Lat Krabang Heading to Chachernsoa province,

Golden Opportunity for Real-estate Developer
Several developers have accumulated large tracts of land in these areas. Many integrated retail-cum-commercial as well as residential detached housing projects in the affordable premium segment are upcoming in the area. The Greater Bangna area has the potential to grow and expand at a healthy pace, according to Mr.Teerawit Limthongsakul, Managing Director of Nexus Real Estate Advisory
The rise of the Greater Bangna area to prominence, can be attributed to its strategic geographic location – at the start of the Eastern Economic Corridor (EEC); the speedy connectivity is another reason and the upcoming incredible support infrastructure in terms of mega-commercial complexes & malls; prominent international schools; Grade A Multi-Speciality hospitals, hotels, exhibition centre, amusement & water parks etc.

Connectivity Zone & Masstransit Hub
Owing to the easy access to both the Eastern Seaboard and central Bangkok – the Greater Bangna area has been the prime industrial hub. The establishment of the Eastern Economic Corridor (EEC) has reinforced this trend. EEC connects to three key provinces which are home to 12 advanced industries. A lot many Industrial Parks, logistics companies and distribution hubs are based in the Greater Bangna area, making it a major employment source
The Greater Bangna area already has a great connectivity with other parts of the city via the Green Line as well as through the Bang Na-Trat which links Sukhumvit and Srinakarin roads and the Chalerm Mahanakorn Expressway. The area is looking to get a boost with enhanced connectivity and convenience due to some of the key developments such as

– The New 30.4 Km Yellow Line which is due to complete in 2021 and will run from BTS Samrong to Lat Phrao in North Bangkok. Once completed, New Yellow Line will connect the Greater Bangna to the entire North Bangkok area.
– The Light Rail Bangna-Suvarnabhumi Line – which will connect the current Green Line (Sukhumvit Line) at BTS Bangna to Suvarnabhumi will run along Bang Na-Trat Road and have a total of 14 stations.
– The Eastern Bus Terminal – the main bus and minivan station linking Bangkok to Thailand’s Eastern Provinces – is getting relocated in the Greater Bangna area from its current site at Ekamai on Sukhumvit Road.
– High-Speed Train connecting 3 airports by same structure & direction of the Airport Rail Link, with two conjunction from Phayathai Station – Don Mueang Airport. And from Lat Krabang Station – -Tapao Airport, Total 220 km distance In total of 9 stations, including Don Mueang, Bang Sue, Makkasan, Suvarnabhumi, Chachoengsao, Chonburi, Si Racha, Pattaya and U-Tapao Station.
Incredible Support Infrastructure
The location in the Greater Bangna has evolved with a full range of support infrastructure facilities. There are multiple existing and upcoming mixed-use mega projects in the area offering a wide range of shopping and leisure experiences thus enhancing the quality of lifestyle for the residents in the neighborhood. Developments such as the Bangkok Mall; Central Village; Megacity Bangna; Siam Premium Outlets Bangkok; The Forestias; will inevitably continue to transform Greater Bangna into an important hub. The area is also preferred by many because of the many prestigious international schools around the greater Bangna Area. Schools such as Bangkok Patana School, Thai-Singapore International School, Berkeley International School, St Andrews International School, Concordian International School, Didyasarin International Preparatory School, Thai-Chinese International School and St Joseph Bang Na School, among others are playing a big role.
The resulting real estate demand
With its continued urban infrastructure developments and the resulting transformation, the area is appealing to many young families and investors. There are numerous townhouse and detached housing developments upcoming in the neighborhood. Several developers such as Sansiri, Fulcrum, Land and Houses Plc, LPN Development Plc, Ananda Development Plc, Property Perfect Plc, Sena Development Plc have either already launched projects in the area or are in process.
As per the DDproperty Property Market Outlook 2019 report – the prices of townhouses in Bangna increased by almost 9% between 2017-2018, second only to the 10% increase in Sathorn.
“Greater Bangna has already become another hot destination for residential townships and this is getting reflected in the real estate prices in the area. High level of absorption is another positive. These factors are showing the emergence of Greater Bangkok as a preferred destination for home buyers,” says Amritanshu Roy, COO of Greenfield. Greenfield in joint venture with Fulcrum Ventures has already launched a project named Panara in Thepharak. Fulcrum is exploring opportunities to invest in the Lat Krabang area of the Greater Bangna Region.
Conclusion
The new employment opportunities upcoming in the Eastern Bangkok & Suvarnabhumi area as well as a premium attached to living close to work, are creating a high real estate & infra development activity in the area. Government has kick started some of the vital urban infrastructure projects. These upcoming projects are providing a fresh set of opportunities for real estate development. The real estate developers have aligned their investment plans with this new opportunity. Multiple support infrastructure in terms of retail, schools, hospitals, etc. as well as integrated residential townships are now upcoming in the Greater Bangna, making it gradually appealing to middle income and upper middle income families that are looking to buy bigger and better accomodation with quality lifestyle. 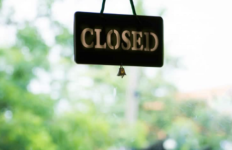 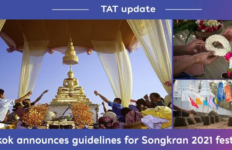 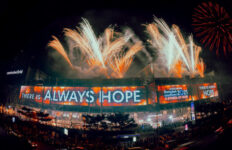 Thais pass on positivity to the world at centralwOrld, as known as ‘Times Square of Asia’, to celebrate the New-Normal Countdown 2021→