Although the current health crisis had to press pause on travel, it didn’t stop the Thai people from thinking about where they’d like to fly to next. Indeed, Suan Dusit Poll’s recent survey found that Chiang Mai ranked as the number one tourist destination that people would like to travel to once the pandemic is over.

And now the travel dreams of many Thais can soon become a reality, as the government lifted interprovincial travel restrictions last June. In fact, the director of Chiang Mai International Airport’s director Amornrak Chumsai Na Ayutthaya reports that there has been a 50% increase in passengers since its reopening. But despite the rise in flights, things aren’t back to normal in Chiang Mai just yet.

A City Rocked By the Pandemic

Known as the “Rose of the North”, Chiang Mai’s nickname can be credited to its gorgeous mountains, lush rainforests, and charming culture. What’s more, Expat Bets’ guide to Thailand destinations points out how Chiang Mai is particularly popular among those looking for outdoor adventures. Its mountainous terrain and beautiful landscapes offer activities like hiking, mountain biking, jungle trekking, and even kayaking and white water rafting. Whether it’s visiting the jungle temple Wat Phra That Doi Suthep or exploring the exciting Bua Tong Sticky Waterfalls, travellers from all over the world flock to marvel at the city’s natural beauty.

So when the country enforced its lockdown in late March, it’s unsurprising that Chiang Mai suffered greatly with the tourism industry taking the hardest hit. True enough, the BBC’s feature on Thailand’s tourism industry reveals that small-scale entrepreneurs in the city already saw their income cut into half during the start of the lockdown. Thankfully, the country’s efforts to contain the pandemic have so far succeeded with its continuous low rates of transmission.

Since the easing of restrictions, the tourist hotspot launched a campaign called “Chiang Mai I Miss You” on July to attract more local tourists. In line with the reopening of domestic tourism in Chiang Mai, AirAsia introduced two domestic cross-region routes — particularly, Chiang Mai-Hua Hin and Udon Thani-Hua Hin — to help bring in more local visitors. As the world continues to grapple with the pandemic, the popular tourist destination had to adapt to a new normal after reopening its doors to domestic travellers.

While the new routes and promotional material is a great way to draw in visitors, it comes with the financial setback of hotels, restaurants, and other attractions offering huge discounts to stimulate tourism. Not to mention, the traveller’s experience won’t be as relaxing as it used to be. Apart from adhering to strict social distancing rules, domestic travellers are required to stay in their destination for at least two weeks. Alternatively, they can present a negative test result if they’d like to leave earlier. Overall, the Thai government hopes that its domestic tourism efforts will make up for the loss of outbound visitors.

The “Rose of the North” is used to being a city that’s budding with tourists from across the globe. Though the pandemic may have taken a serious toll on Chiang Mai and its community, the reopening of domestic can be seen as a glimmer amidst these tough times. 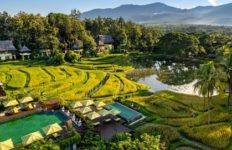 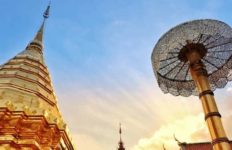 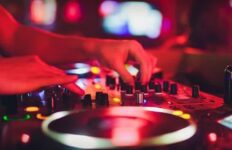 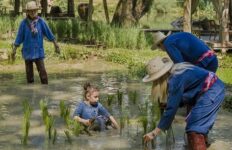