Having suffered the disappointment of narrowly missing out on claiming a medal at last month’s Youth Olympic Games in Argentina, Thai national squad member Vanchai will be keen to retain his title in the eighth leg of the 2018-19 Faldo Series Asia season (November 12-13).

For his part, Napat, winner of the 11th Faldo Series Asia Grand Final, is aiming for a second Faldo Series title at Laguna Golf Phuket having triumphed in the inaugural event in 2016.

Although the main attention in the 36-hole event that is being held in conjunction with the Laguna Junior Open and staged in partnership with the BISP will be fo-cused on Vanchai and Napat, Sebastian Sawtell, Conor Kelly and a five-strong My-anmar contingent all have visions of springing an upset.

Sawtell, another talented teenager who attends the BISP, emerged victorious in this year’s Laguna Golf Phuket Club Championship. That success came on the heels of him becoming the youngest winner of the Men’s Championship at Phuket’s Blue Canyon Country Club in 2017.

Bangkok-based Kelly will also be filled with confidence. Third behind Vanchai and Napat in the 2017 Faldo Series Thailand Championship – South, Kelly made global headlines in July when making a hole-in-one and an albatross on consecutive holes in the final round of an American Junior Golf Association tournament.

Last month he was awarded a golfing scholarship at Seattle University, where he will begin next August.

Paul Wilson, Laguna Golf Assistant Vice President/Group Golf Director, said: “We are honoured to have Sir Nick Faldo as our Laguna Golf Ambassador. Our team at Laguna Golf is proud to have the association with Sir Nick and his Faldo Series.

“With so many outstanding young players in the field next week, it promises to be a thrilling tournament, once more emphasising the tremendous strength in depth that there is in junior golf across Thailand.

“Furthermore, we’re pleased this year to be introducing a grassroots category for children under the age of 12, enabling them to gain valuable golf and life experiences which will benefit them in the future. We again hope to create opportunities for young golfers in Southern Thailand.”

All age group winners at the Phuket event will qualify for the 13th Faldo Series Asia Grand Final, to be hosted by Faldo at Laguna Lăng Cô in the Central Vietnamese city of Danang in March, 2019.

This year marks the third time that Thailand has hosted two Faldo Series Asia qualifiers with Navin Sakunsirasuntorn having upstaged some of his country’s leading juniors to emerge triumphant in the 13th edition of the Faldo Series Thailand Championship (North) at Watermill Golf & Gardens at the start of August.

Recognised as the only global amateur series for boys and girls, the Faldo Series was established in 1996, expanding to Asia in 2006. 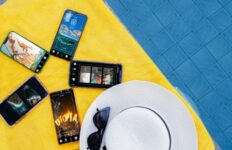 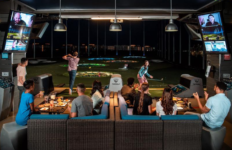 Topgolf to open doors in Thailand by mid-2022→ 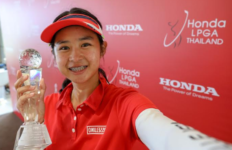 “Honda LPGA Thailand 2021” Tees off with the National Qualifiers and the search for Thai female golfers to join the world-class tournament on 30-31 March.→ 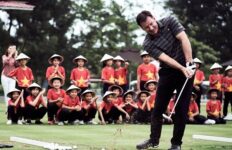