On Sunday, 22 March, Laos shut down all overland border crossings with Thailand for tourists, the latest in a string of strict measures to keep the country free of Covid-19.

On 4 February, Luang Prabang View General Manager John Morris Williams stated, “Hotels in the city are reporting cancellations of up to 40% of their early 2020 bookings, especially from European customers.”

By mid-month, economists were predicting the nation’s tourism sector could lose up to $400 million in first-quarter revenue in 2020.

Even with no reported cases, at the end of the month Lao health authorities stepped up their prevention efforts. Visitors from Korea, Italy, Singapore and Thailand joined China on the quarantine list, and the government banned outbound group tours to cities with outbreaks.

Monday, 9 March, delivered another blow to the airlines. Bangkok Airways indefinitely suspended its two Bangkok-Vientiane flights due to lack of demand.

Lao Airlines asked employees to take unpaid leave as reservations took a nosedive and cancellations poured in. February’s numbers showed a 37% y-o-y drop in passengers on international routes, but the carrier started resuming some flights from Vientiane to Kunming and Guangzhou.

Further, the number of inbound international flights tanked. “Last year about 848 flights arrived in Laos each month, but starting in January, about 348 flights have been cancelled each month,” Director of the Air Transport Division, Mr Soukkhongthong Voraphet told the Vientiane Times.

He noted that only South Korea had suspended all flights to Laos, but service from Thailand, China, Vietnam, Cambodia, Singapore, and Malaysia continued, though some had cut their frequency.

At the same time, the National Covid-19 Task Force began enforcing tighter regulations, including quarantines at hospitals for travelers arriving in Laos, who showed Covid-19 symptoms, and self-isolation for those arriving from non-bordering nations with more than 100 reported cases.

Prime Minister Thongloun Sisoulith stepped in on 18 March, with more firm measures, topped by a halt in issuing tourist visas for 30 days. Those already with a visa required a health certificate and declaration of their recent travel history. Lao people travelling from outbreak countries faced self-isolation for 14 days.

The PM also announced the closure of all schools and educational institutions, and entertainment venues. He told citizens to avoid crowded events, including festivities for the upcoming Lao New Year.

Also on 18 March, a shipment of COVID-19 testing kits provided by the Chinese government arrived in Vientiane.

A series of remote border checkpoint closings with Thailand and Vietnam were being put in place. Savannakhet International Airport shut down. Bangkok Airways and Thai Air Asia suspended all their flights into Laos

On Friday 20 March, Lao Airlines published a list of route suspensions and reduced frequencies until late April. (download below). It only shows flights to Chengdu, Changsa, Kunming, and Guangzhou. The carrier is offering full refunds, free date changes, and rerouting subject to fees. (see contacts below) Those who purchased tickets through travel agents must directly contact the agent.

The hammer fell on 22 March, with the closing of all borders with Thailand including the Nong Khai Bridge to Vientiane, Friendship Bridge 3 between Thakhek-Nakhon Phanom, and the crossing from Pakse to Ubon Ratchathani.

Tourist who missed the deadline can extend their T-B3 at Vientiane’s Immigration Department, as can those with an LA-B2 Work Visa.

Meanwhile, Laos is basically in lock down to mitigate any emergence of Covid-19. Judging from the social media buzz, most locals agree with the move. 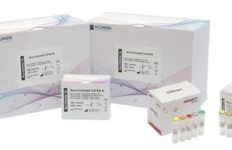 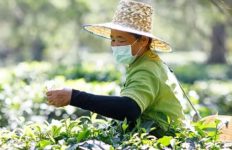 Sustainability in business events: From ambition to impact→ 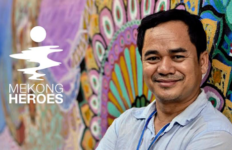 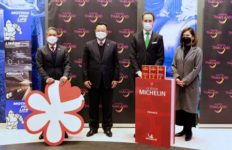