Phuket is undoubtedly one of the world’s most popular beach destinations, holding a special place in the hearts of tourists who visit there, and many who revisit. And it is easy to understand why, with its beautiful beaches, lush greenery, and hilly landscapes, along with stunning surrounding islands to explore, there is much to offer the intrepid traveller.

The COVID-19 pandemic has given Mother Nature a respite, with the Andaman Sea becoming clearer than it has been in years, marine life flourishing, and local reservoirs full of freshwater.

For international visitors planning to return to this paradise island, in Northern Phuket, the beaches, and commercial enclaves around them have attracted enough business during the past year to retain much of their original character. Kamala Beach is still a popular destination for families and couples looking for a quiet break and safe place to snorkel and swim.

Bangtao and Surin Beaches are quieter than before but remain a social epicentre for nightlife and home to some of the island’s most popular beach clubs. In Cherngtalay, the area surrounding Laguna Phuket has also enjoyed the patronage of locals and expats in the community who are always on the lookout for something different.

Also in Northern Phuket, Mai Khao, Nai Thon, Nai Yang, and Sai Kaeo Beaches, other locations popular with international tourists, have all had a year to rejuvenate and flourish during the new normal.

These four beaches are part of the Sirinat National Park where Olive Ridley sea turtles used to lay eggs from November to February. The break has also proved auspicious for these turtles. In late February 2021, an Olive Ridley turtle returned to lay its eggs on Mai Khao Beach for the first time in nearly 20 years with the hope that more will follow. Leatherneck turtles have also been seen laying eggs there for the first time in almost a decade.

For fans of Karon and Patong, the beaches themselves are ready to welcome visitors on arrival with their gorgeous sands and inviting waters. The rapid regeneration of nature has also helped establish a possible blueprint on how to strike a balance towards sustainable development and tourism revenue as Phuket prepares to gradually reopen again.

Visitors might be surprised to find that the Andaman Sea in front of Patong Beach has once again become turquoise and clear. Thai authorities in Phuket are working to try and maintain this clean new look, as they explore ways to establish a brand of more environmentally friendly tourism.

This process started several years earlier with vendors, umbrellas, and beach chairs being cleared from all of Phuket beaches to allow them to return to a more natural state. This evolved to a ‘10% vendor zone’ rule that allowed for the limited return of vendors and service providers in specific, managed areas. While not a perfect one-idea-fits-all solution, it did produce a more sustainable way to manage waste and vendors, while providing a more natural visual image for visitors to enjoy.

Further south, Kata, Kata Noi and Nai Han Beaches have also benefitted from the ‘10% vendor zone’ as all three are returning to what they were like several decades ago.

The streets around Kata and Karon now also sport some extra colour, with street art murals painted by Phuket and national artists, thanks to a ‘Sea Sketch’ Mural Painting for Community’ event held in February.

These beaches also have some of the best surf on Phuket from May until October and feature the convenience of being close to Phuket Old Town, which continues to welcome new restaurants and bars with a lot of quirky charm, in addition to local attractions like the Big Buddha. There are also some dramatic viewpoints in the southern part of the island to catch the sunset, with Promthep Cape and Windmill Viewpoint being two of the best known.

As Thailand starts to reopen its tourism sector to international arrivals, visitors will find Phuket as always, a fantastic destination to experience. The ensuing wave of visitors to Phuket could find special deals, serene beaches, azure blue seas, and quieter hotels, while also experiencing a different pace of life on one of Thailand’s most famous island destinations.

Despite surge in COVID-19 cases, Thailand can go ahead with Phuket pilot to revive tourism, says GlobalData→ 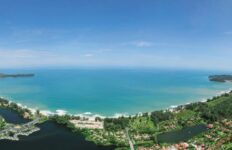 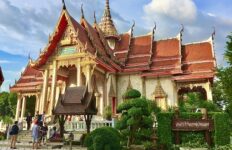