The fastest growing airline in the world has just arrived in Phuket. With five direct flights a week from two cities in India, GoAir are only just starting.

“Phuket is our first international route. Our inaugural flight landed on the island on 11th October and the level of interest from Indian travellers has been excellent. Thanks to Gulu Lalvani, who convinced me to open-up Phuket to the Indian market, we are making Phuket our Thailand hub. We already have routes from Mumbai and Delhi to Phuket, and by the end of next year we will increase this to 10 cities flying direct to Phuket,” commented Jeh Wadia, Managing Director, GoAir.

India is a country of more than 1.3 billion people with a rapidly growing appetite for international travel. World Bank data shows that almost 22 million Indians travelled overseas in 2017 while the UN World Tourism Organisation (UNWTO) predicts that India will account for 50 million outbound tourists by 2020. That these figures look set to more than double in three years is no surprise to Mr. Gulu Lalvani, Chairman of Royal Phuket Marina.

“I have been looking at India for a number of years and India holds great potential for Phuket. Indians are already familiar with Thailand, but never before have there been direct flights into Phuket. Having worked closely with GoAir and highlighting Phuket’s potential to them, I am very excited to see Jeh Wadia and his team have invested in Phuket and think this is the beginning of great things for the island.”

The start of direct flights to Phuket could not have come at a better time for the island. Opening up Phuket to the second largest country in the world, will help to soften the impact declining arrivals from China.

“The upside for Phuket is clear and the potential is limitless. These direct three-to-four flights from India will benefit Phuket’s economy immensely. As well as bringing more lucrative Indian weddings to Phuket, their average holiday spend is high. Typically May and June have the lowest hotel occupancy in Phuket, yet this is the school holiday period in India and a time when many Indians travel. GoAir’s direct flights will help to provide a big boost to the island’s tourism businesses during this period,” added Mr. Lalvani.

“India has the highest level of pollution in the world today and once Indian travellers realise they can go non-stop to the paradise island of Phuket, I wouldn’t be surprised to see Indian arrivals out number Chinese arrivals within three years.”

Owned by Waida Group, one of India’s oldest conglomerates established in 1736, GoAir is a leading LCC in India and was recently reported to be the fastest growing airline in the world by Routes Online.

“We will also soon be flying into Don Mueang International Airport in Bangkok. Thailand is a big part of our international expansion, it is a destination popular with Indian travellers and Phuket is at the heart of that,” explained Mr. Wadia. “Ninety percent of our fleet are new and within six months this will be 100%. We placed an order for 164 planes and have taken delivery so far of 41. Our plans for Phuket and the region are big.” 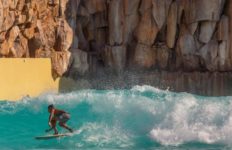 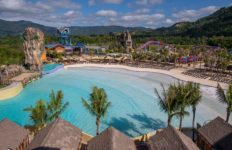 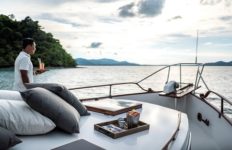