The Strand Thonglor, an ultra-luxury condominium on Soi Thonglor by One.Six Development and Magnolia Quality Development Corporation Limited (MQDC), took a top award for architectural design at the PropertyGuru Thailand Property Awards, announced at a gala dinner at The Athenee Hotel on 31 August.

Ms. Tanyatip Chearavanont, CEO of One.Six Development, and its co-founder with Managing Director Mr. Chawin Athakravisunthorn, said the award for The Strand Thonglor was an endorsement for its distinctive ‘minimal luxury’ vision.

“We are honored by this endorsement for The Strand Thonglor’s new approach to luxury in Bangkok,” she said.

“With minimal luxury, we are not creating something simple. Instead, we are selecting the essentials and combining them to create something that means more – what we mean by ‘essentially more’. We are delighted that this approach convinced the judging panel.”

“In developing The Strand Thonglor’s award-winning design we have worked with HB Design, PIA Interior, and TROP, among a series of partners who have helped us achieve the quality our discerning target demands,” he said. 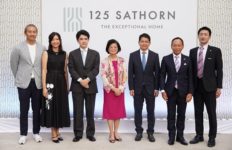 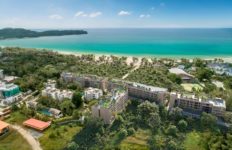 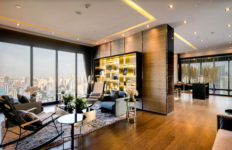