Celebrated for his colourful Pop-Art juxtaposition of iconography from traditional Thai narratives with Western symbolism, in “Art Rotation Series Vol. 4: Jirapat Tatsanasomboon” the artist continues to explore the cultural interactions between East and West, and Modern and Traditional in a new set of artworks. Born in 1971 in the Samut Prakran province, Jirapat uses the humour of pop art to examine the positive and negative sides of cultural exchange, confrontation, and interaction. These inter-cultural experiments have resulted in an extraordinary mix of characters and situations that evoke much dialogue in his audiences. Mythical figures from the Kingdom’s epic Ramakien feature alongside Western cultural icons such as John Wayne, Barak Obama, and Marilyn Monroe among others to explore the issues of class and abuse of power. In other works, he has re-interpreted familiar paintings by celebrated masters Andy Warhol, Van Gogh and others as a commentary on Thai society. He has also participated in numerous prestigious art shows in Thailand and internationally, including Asia Art Now at the Korean Cultural & Arts Foundation (2003); Tradition & Modernity in Southeast Asian Art, New York (2006); Visions of East Asia 2008 for the Olympic Games in China (2008); The Indian Art Summit (2009); Art Monaco (2010), and Arteclasica 10, Argentina (2010). In addition, his paintings

were on display in ArtScience Museum in Singapore as a part of the “Andy Warhol: 15 Minutes Eternal” exhibition. He was also the only Thai artist featured in a recent book published by Thames & Hudson titled 100 Painters of Tomorrow.

Jirapat Tatsanasomboon’s artworks will be on display at the Baan Borneo Club, and Louie’s Tiffin Grill at 137 Pillars Suites & Residences Bangkok on level 26 from 30 May – 11 July 2019 and the exhibition is open to the public from 11 a.m. to 8 p.m. 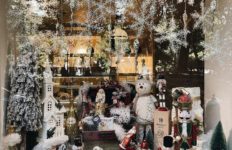 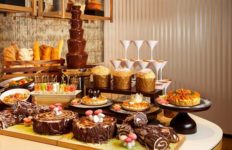 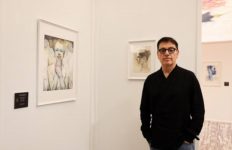 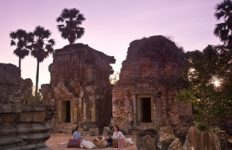