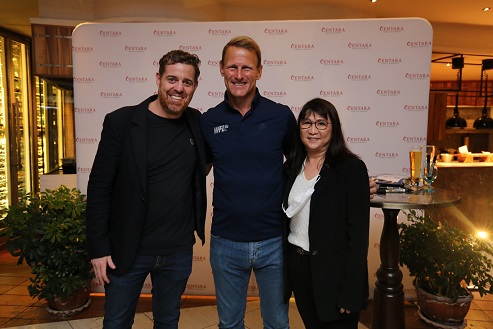 Centara Hotels & Resorts, Thailand’s leading hotel operator, in partnership with World Football Legends, hosted former England, Manchester United and Tottenham Hotspur legend Teddy Sheringham at an exclusive meet-and-greet event for more than 50 lucky CentaraThe1 members, guest and followers on Wednesday, at Uno Mas restaurant, Centara Grand at CentralWorld Bangkok.‘An Audience with Teddy Sheringham’ began with a lively and engaging Q&A session where Sheringham answered questions from eager fans and was followed with drinks and tapas from one of Bangkok’s most renowned Spanish restaurants during an exclusive autograph and photograph session. The night ended with laughter and memories that will stay with Sheringham’s fans forever.

Sheringham is known as one of England’s finest forwards of modern times. In a professional career spanning almost 25 years, Sheringham played for six different clubs and scored almost 300 goals, with a trophy-laden period at Manchester United sandwiched between two spells at Tottenham. Whilst at Old Trafford, Sheringham was part of the treble-winning side of 1998-1999, memorably scoring the equaliser and setting up the winner as United beat Bayern Munich 2-1 in the Champions League final on a magical night in Barcelona. Sheringham also scored 11 times in 51 appearances for his country as an England international player. He finished his career at Colchester United, making his final professional appearance on 26 April 2008 at age 42, after more than 700 career league appearances. Sheringham was inducted to the National Football Museum Hall of Fame at a ceremony in London in 2009. 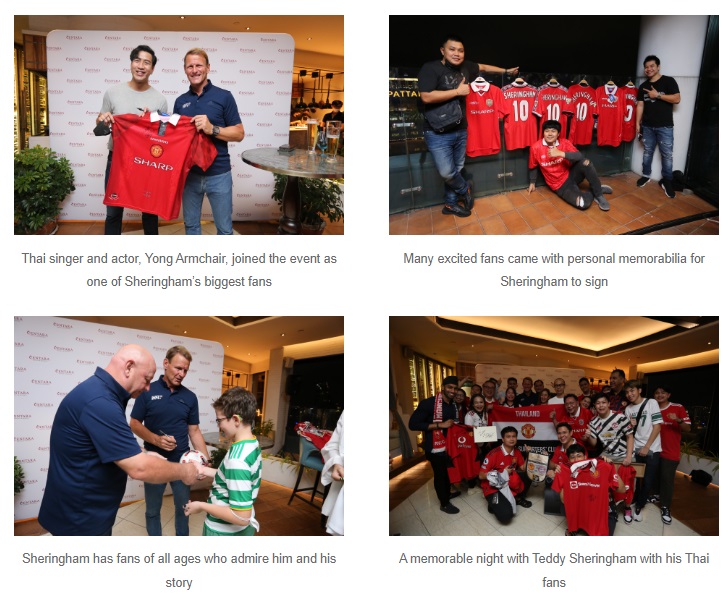