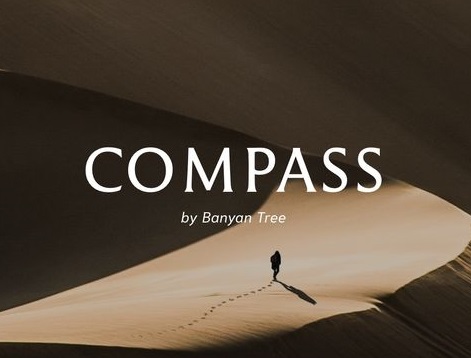 Compass, Banyan Tree Hotels & Resorts’ storytelling platform, continues to share stories from some of the most remarkable storytellers of our generation, with four new episodes of its premier content series: The Possibility Podcast.

Since going live in June 2022, Compass has provided a dedicated space for disruptors and changemakers to share their personal journeys and profound reflections on being grounded in the present moment, and what it means to create a better future.

The second part of The Possibility Podcast will continue to be hosted and produced by award-winning Storyteller and TEDx speaker Mukul Bhatia, a sustainability advocate whose work and vision have been lauded by international media like Forbes America, The New York Times, National Geographic TV, and GQ Magazine.

“We spent a lot of time ideating the intentional philosophy around Compass, and having it out in the world, and receiving so many positive messages from our listeners has been heartwarming,” Bhatia said, adding: “We are elated to have four upcoming podcasts from diverse changemakers, as well as an upcoming photographer’s feature called Nomadic Haikū, which will bring new, meditative immersion into the journey inwards, allowing reflection and reinspection of personal meaning, and what it means to travel with a cause.”

The next four episodes of the podcast will feature:

For more information on Compass, visit www.banyantree.com/compass. The Possibility Podcast debuted on Spotify, Google Podcasts and Apple Podcasts this May, with new episodes being introduced every two weeks.