Nova Contemporary is proud to present Kawita Vatanajyankur, the artist’s first overview in Bangkok outside of a white cube setting. This includes four video works presented as site-specific installations on view at the Anantara Siam Bangkok Hotel. In them Kawita explores the socio-cultural and psychological potentials of video art, utilising an inventive and painterly approach that imbues her documented gestures with a tangible sense of fragility and directness. She presents us with impressive and evocative counterpoints to the conceptual works of art that we are familiar with – establishing herself as one of the most noteworthy artists of her generation. One of the exhibited works, The Scale 2 (2015), was exhibited in 57th Venice Biennale with Alamak! project “Islands In The Stream”.

Kawita interrogates the psychological, social and cultural ways of viewing and valuing everyday labour. Her works re-examine the continuous and repetitive action that we perform on a day to day basis as tools of survival, and the power relations involved in the human activity and its steady connection to the materialistic and capitalistic world that we are confined to. She often objectifies her body, transforming herself into tools and apparatuses. Contorted and strained, her quasi-nude form stands boldly apart against the colourful backdrop, with the alluring bright colours and painterly feature in these videos becoming a crucial part of her artistic repertoire.

Kawita Vatanajyankur exhibits the trajectory of Kawita’s artistic progression between 2012 and 2017. The Dustpan (2014), located in front of the powder room, sees her hung upside down as a broom and plunged headfirst into a dustpan once every minute, conveying the overwhelming quality of repetitive domestic tasks. The Scale 2 (2015) is positioned at the centre of the pond, in this she transforms herself into a scale that strains in the act of balancing heavy traditional Thai rice baskets on top of its back. Colander (2017) in front of the Thai restaurant Spice Market, in this, she is a noodle strainer exemplifying the physical exertion that goes into the food produced and consumed by us. Moving away from her previous exploration into domestic chores as a subject matter, Big Fish in a Small Pond (2017), located upon the pond in the Parichart Court, hopes to initiate conversations regarding the fishing industry’s labourers’ exploitation. In this video, Kawita suspends herself in the air hanging only by a metal hook in her mouth; here she visualises the pain and powerlessness that comes from the being unable to escape a dire circumstance.

The artist portrays the ensnared nature of our existence, conveying human vulnerability by putting herself through these arduous positions. Referencing the tasks undertaken by physical labourers and workers, Kawita seeks to make visible the hardship that they endure and their unwavering resilience against such. This investigation into the human condition in today’s society seeks to provoke questions of ethics and accountability – a catalyst to further social commentary that will hopefully evoke needed empathy from the general public. It is her activist desire to rebel against inequality.

The meditative process is another integral part of her works; through her meditative postures, the intricate relationships between private and public, pain and joy, mechanism and self-enlightenment, resistance and acceptance are physically inspected. The suspension and reflective redemption presented in her violent video aesthetic lend her work its unremitting power.

The exhibition will showcase from October 17 – November 18, 2018 opening from 12PM-12AM (free of charge at Anantara Siam Bangkok Hotel, Rajadamri Rd. (next to BTS Ratchadamri station). 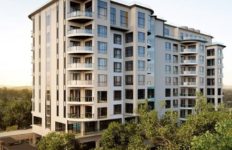