The MET Gala 2022, the biggest event in fashion was just held last night at the Metropolitan Museum of Art in New York City.

Pu Praya, already an established actress and model in Thailand has risen to fame after landing the lead female role in “Paradise City” alongside Hollywood’s leading actors, Bruce Willis and John Travolta. After moving to the US to pursue acting in Hollywood, Pu Praya quicky started rubbing shoulders with the It crowd. Most recently, Pu Praya attended the most coveted after-party of the Met Gala at the Boom Boom Room in The Standard, High Line. This year’s exclusive party was hosted by Cardi B and Playboy. Guests celebrated and danced the night away with a DJ set by Kitty Ca$h and surprise performances by costumed burlesque dancers.

“The Standard has so much creative energy. I’m a big fan of the brand and so happy to stay at The Standard, High Line which is bustling with life and has breathtaking views of the Hudson River. I’m delighted to attend the most coveted party of the year in NYC and meeting a host of likeminded people. I’m so excited for The Standard to open in Bangkok and bring with it, its progressive design, culinary and nightlife offerings. It’s going to be the epicenter of culture and the hotspot for Asia”, says Pu Praya.

The Standard is known for generating compelling cultural experiences, with high profile events like the annual Met Gala after-party, groundbreaking art exhibitions in its public spaces and glamorous, larger-than-life runway shows. The Standard is now open in Hua Hin and its Asia flagship The Standard, Bangkok Mahanakhon is set to open this year.

The Standard, Bangkok Mahankhon will be the Asia flagship for the Standard brand. Nestled in the iconic Mahanakhon building, the 155 rooms hotel will include a penthouse, a terrace pool, fitness center, meeting rooms and a dynamic variety of food, drink and nightlife venues, from The Parlor to the Tease tea room, Ojo Mexican Restaurant, renowned Standard Grill, Thailand’s first outpost of the acclaimed Mott 32 restaurant and Sky Bar, the highest alfresco rooftop bar in Thailand. The property is designed by Spanish artist-designer Jaime Hayon’s Hayon Studio, in collaboration with The Standard’s award-winning in-house design team, this breath-taking new addition to the Standard portfolio will sit proudly alongside the brand’s award-winning vibrant US and European urban flagships, The Standard, High Line, and Standard, London and in perfect counterpoint to our waterside retreats The Standard, Maldives, The Standard, Miami, The Standard, Hua Hin and The Standard, Ibiza. 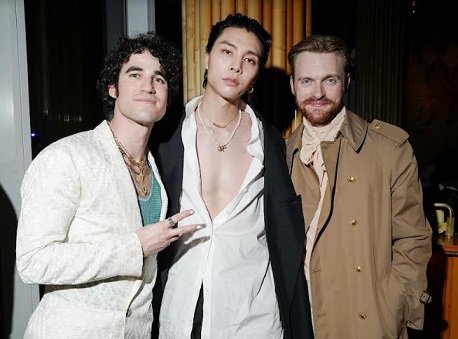 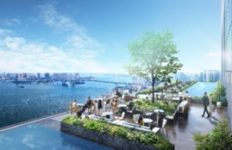 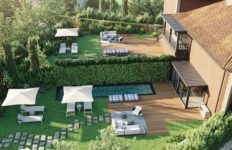 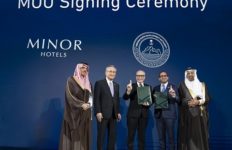