The Erawan Group Public Company Limited forecasts that the domestic tourism and hotel business will be the first to recover from the impact of lockdowns measures. The Erawan Group believes that HOP INN Hotels are well-positioned to compete for a share of the domestic budget hotel market and have introduced an elevated hygiene strategy that has been well received by Thai travelers. Beyond domestic customers it is envisaged that foreign tourism will recover slowly, beginning with short journey tourists from Asia, followed by Europe and the United States. The speed at which this happens is dependent on travel restrictions put in place by the Thai and foreign governments. The hotels have begun to open across all levels, including luxury, midscale, and economy segment hotels to accommodate tourists in both Bangkok and tourist destinations throughout Thailand.

Petch Krainukul, President of the Erawan Group PLC, said “In the initial phase, HOP INN Hotels have reopened in May. HOP INN Hotels has been an important part of the Erawan Group’s business plans for the domestic tourism segment since 2014, an area we recognized as having potential significant growth. With the effects of the epidemic gradually recovering now, HOP INN Hotels was the last to be impacted by a reduction in customers and as such has been able to recover quickly due to its focus on the domestic traveler. This will, of course, be a major factor in helping the company grow in the future. Prior to the reopening of our HOP INN Hotels, we implemented new high standards of cleanliness and safety under the concept of “SafeStay at HOP INN” which has been well received and garnered positive responses from customers.” 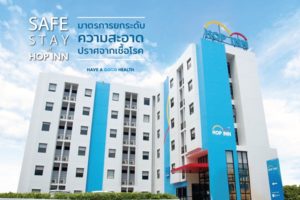 As a result of the government’s program to relax lockdown measures, the Erawan Group forecasts the domestic tourism industry will continue to recover. The company has also started to reopen other hotel services; the ‘Mercure’, ‘Ibis hotels’ in Pattaya, and the ‘Ibis Hua Hin’ opened in June and has received good feedback from customers. In July, the group reopened some five-star hotels including ‘Grand Hyatt Erawan Bangkok’ and ‘JW Marriott’ in Bangkok, as well as midscale hotels -‘Holiday Inn Pattaya’ and economy segment – ‘Ibis Sathorn’ and ‘Ibis Riverside’. Following this, in August, it is expected to be able to open all hotels in Thailand as well as the ‘HOP INN’ hotels in the Philippines.

In the initial phase of reopening’s, the company will mainly focus on the domestic tourism market and engage in intensive marketing through various channels, including supporting government tourism promotion campaigns such as the Rao Pai Tiew Gun (Let’s travel together) campaign to attract Thai people to spend on domestic travel, which will continue to assist the country’s overall economic stimulation going forward.

Afterward, it is expected that short-term foreign travel will be the next to recover. While travelers from long distances such as Europe and the United States will follow later, depending on the travel restrictions of each country. All of the company’s hotels now have upgraded to advanced sanitation and safety measures in order to provide peace of mind for customers.

During the recent crisis, the Erawan Group was able to act in a timely manner to efficiently cope and manage the impact of the crisis. Measures included both risk management and cost control across all operations, the temporary closure of hotel operations, and the implementation of strict cost-containment measures and reduced non-prioritized expenses, which effectively decreased approximately 60% of total operating expenses and maintained liquidity preservation. The company is committed to maintaining rigorous health and safety standards and to continue monitor closely the situation and consumer behavior.

The public health measures undertaken by the Thai government have been effective and met with full cooperation in the hotel and travel sector. Therefore, the Erawan Group sees the opportunity to upgrade the potential of the Thai tourism industry in the future and continues to believe in the strength and growth potential of both the Thai and Philippine tourism markets in the long term. 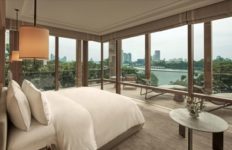 All Things Suite At Capella Bangkok→ 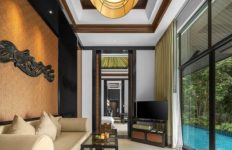 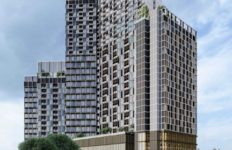 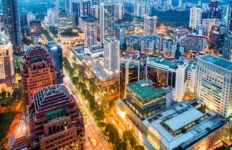