Centara Hotels & Resorts, Thailand’s leading hotel operator, and KMA Group, a subsidiary of Kaung Myanmar Aung (KMA) Group of Companies, signed a Hotel Management Agreement (HMA) in Bangkok for the management of a new hotel in Myanmar owned by KMA. The property, located at one of the country’s most popular tourist destinations, will be rebranded and managed under the Centara brand beginning this year. The 95-key Centara KMA Resort Inle Lake, located on the shores of Inle Lake in central Myanmar, is scheduled to open during the fourth quarter of 2019.

We are very excited to move forward in partnership with KMA Hotels, one of the leading hospitality companies in Myanmar,” said Thirayuth Chirathivat, Chief Executive Officer of Centara Hotels & Resorts. “This agreement enables Centara to establish a significant foothold in a country with tremendous growth potential for tourism, and work with the highly experienced management team at KMA.”

KMA Group of Companies is a privately held company founded and led by Chairman U Khin Maung Aye, Chairman of CB Bank. The Group comprises 15 corporate entities operating across a diverse range of industries.

“We are delighted to have Centara’s strong brand and international management expertise coming on board at the new resort property,” said Khin Maung Aye, Chairman of KMA Group. “I am confident that Centara’s presence in Myanmar will contribute toward realising the country’s full potential for tourism growth while ensuring continued success for KMA’s hotel and tourism businesses.”

Centara signed a MOU with KMA earlier this year for the management of six hotels and resorts in Myanmar. This new management agreement represents the completion of the deal for the first of these properties with the others set to follow imminently.

Myanmar is Southeast Asia’s second-largest country and boasts one of the fastest-growing economies in the region. Myanmar’s projected tourism growth rate of 8.5% annually through 2025 puts the country at the top of the world’s fastest-growing tourism markets.

The addition of a new Myanmar property is further evidence of Centara’s continued expansion strategy, and the combination of Centara’s expertise and KMA Group’s mastery of development are sure to elevate Myanmar’s hospitality sector. 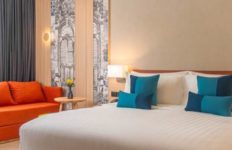 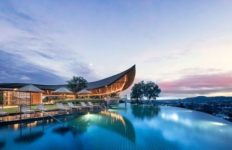 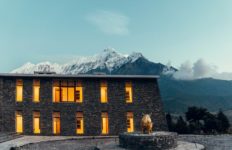