Frasers Hospitality, a member of Frasers Property Group, has opened its 152-unit hotel residence, Modena by Fraser Buriram in Northeastern Thailand. It is among the first international hotel brands to open its doors in the scenic Buriram Province, offering travellers a myriad of amenities in the heart of Thailand’s fast emerging sports capital, also known for its cultural significance.

“The opening of Modena by Fraser Buriram, our fourth property in Thailand, is set to redefine Buriram’s hospitality landscape as we aim to provide travellers with a unique guest experience where they discover different facets of this beautiful province. Buriram is steeped in rich, cultural history and a major sporting hub in Asia, said Ms Tonya Khong, Vice President, Area General Manager (Southeast Asia).

“In addition, guests travelling from Bangkok will also be able to experience the unique Frasers Hospitality touch, which includes catering to every inbound and outbound traveller’s needs,” she added.

Within the property, the vast airy lobby and the landscaped gardens provide a welcome sanctuary of calm as guests step in from the bustling city. The hotel residence also boasts a complete range of facilities, including complimentary WIFI, home entertainment systems, a swimming pool, 24/7 fitness centre, a launderette as well as a restaurant bar to meet the needs of every traveller. In keeping with the property’s theme as a sanctuary, Bistro@M, the property’s open-kitchen concept restaurant, offers all-day dining that showcases the region’s famed Isaan cuisine. Modena by Fraser Buriram also boasts a 240-sqm function room that can be used for corporate or wedding functions.

Conveniently located near the world-class Chang International Circuit race track and the Chang Arena, a FIFA-standard football stadium that is home to Thailand’s leading football team, Buriram United, Modena by Fraser Buriram is ideally located in a prime spot for sports fans. Additionally, guests will have the option to explore nearby cafes, shops, and weekend markets, with Buriram Castle Mall in its vicinity.

“Sports is a key driver of tourism for Buriram, as the province is one of only three venues in Asia contracted to host the FIM Road Racing World Championship Grand Prix (MotoGP), added Ms Khong. “With this renewed interest in sports tourism, we are expecting a surge in local and international travellers which will lead to a huge potential for growth in the hospitality space here.”

Behind the hive of activity surrounding Buriram’s sports scene, the province is steeped in history from the Dvaravati era and Khmer Empire dating back a thousand years ago1. Home to Phanom Rung, an ancient Khmer civilization site located on the top of a dormant volcano, the monumental site is a part of Thailand’s history, and a key attraction for tourists visiting the province. In 2005, the temple was submitted to UNESCO for consideration as a future World Heritage Site.
Frasers Hospitality entered Thailand with Fraser Suites Sukhumvit in 2007, later expanding to include Modena by Fraser Bangkok, the brand’s first property outside of China, and North Park Place, a luxury serviced residence located within the exclusive Rajpruek Golf Club in Bangkok in 2016.

Frasers Hospitality’s global footprint stands at more than 150 properties in over 80 cities worldwide with over 24,000 keys2. 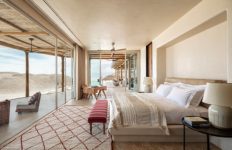 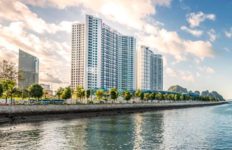 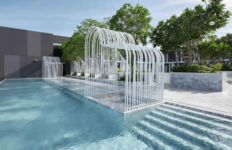 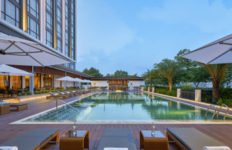