Nikko Hotels International, the Japanese luxury hotel group, has added the 38th Nikko Hotel into its portfolio. Hotel Nikko Bangkok will open its doors in early 2019 and is now taking bookings.Special rates start from THB 5,200++ for a superior room, inclusive of breakfast for two, for stays from February and valid until June 30, 2019.

Grand Tower Inn Group, founded in 1985 initially as an operator of serviced apartments, owns Hotel Nikko Bangkok. The group has traditionally served mostly a Japanese clientele, with around 90 percent of the guest profile from the corporate sector, and 10 percent from the leisure market.

Located at 27 Sukhumvit Soi 55, within easy walking distance of the BTS Skytrain Thonglor station, Hotel Nikko Bangkok is a five-star establishment with 301 guestrooms and suites, including 10 extended stay rooms featuring a kitchenette.

Japanese bathrooms are a feature of the guestrooms, including a TOTO Washlet toilet in a uniquely separated room and luxurious Panpuri bathroom amenities.

“We are very excited to be making this step forward and starting to accept reservations for our much-awaited guests to experience our courteous Japanese ‘omotenashi’ hospitality in Bangkok’s trendy Thonglor neighbourhood,” said Mr Jo Sato, the hotel’s general manager.

The hotel will have four restaurants and lounges, namely Hishou Japanese restaurant, The Oasis for all-day dining, Curve 55 for lobby lounge and The Pool Bar.

Meetings and events are a major component of Hotel Nikko Bangkok, with the Fuji Grand Ballroom being one of the largest in the Thonglor neighbourhood and able to host 1,250 persons for cocktails.

A further eight small and medium sized function rooms together with an outdoor terrace and balcony takes the total meetings space to over 1,800 square metres. 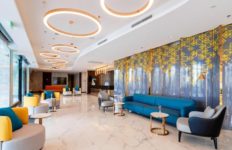 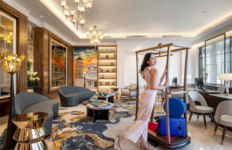 Mgallery Debuts In The Philippines→ 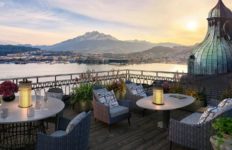