Swiss-Belhotel International, the global hospitality management chain, has revealed plans for a major expansion of its hotel collection in Vietnam, one of the world’s most exciting and rapidly-emerging tourism markets.

At present, the group operates one hotel in Vietnam, Swiss-Belresort Tuyen Lam, an enchanting upscale retreat in the country’s Central Highlands, not far from Da Lat. Blending graceful local hospitality with European style, this 151-room resort is popular with leisure travellers, golfers and meeting planners alike.

But the company is now aiming to expand its Vietnamese portfolio to at least 10 hotels and resorts by 2021, including landmark openings in important business and leisure destinations all across the country.

Then in 2022, Swiss-Belresort Bai Dai Phu Quoc will open its doors on the pristine coast of Phu Quoc, southern Vietnam’s island jewel. Nestled directly on the sandy beach, this exquisite resort will comprise 218 rooms and villas, plus outdoor pools, a spa and a choice of dining options, including a seafood restaurant and beach club. It will also provide space for events and weddings.

These exceptional new properties represent the quality of project Swiss-Belhotel International is now attracting in Vietnam. The company continues to pursue a series of promising leads in diverse destinations, including major cities such as Hanoi, Ho Chi Minh City, Haiphong and Danang, beachfront locations like Phu Quoc, Quy Nhon and Van Phong, and cultural sites such as Sapa and Hoi An.

Vietnam’s tourism industry is currently riding the crest of a wave, driven a range of factors including a booming economy, rising domestic and regional affluence, forward-thinking government policies and modernised transport infrastructure. This has resulted in surging visitor numbers; international arrivals to Vietnam have doubled since 2015 and tripled in the last decade, reaching 15.5 million in 2018 – a new full-year record.

The country’s hotel sector is also thriving; according data from STR, there are now 23,359 hotel rooms under construction in Vietnam – equivalent to almost 25 percent of the country’s existing room supply.

Swiss-Belhotel International now operates a global portfolio of almost 150 hotels, resorts and residences on four continents. The company also offers a collection of 14 brands, ranging from budget and boutique hotels to luxury resorts and serviced residences. 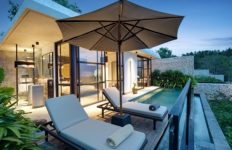 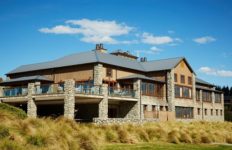 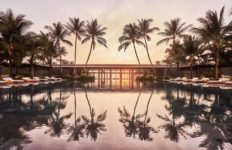