Bartenders from Four Seasons Hotels and Resorts in the Asia Pacific region have joined hands to create a limited-time cocktail menu known as Poured by Four Seasons, celebrating six destinations, inspirations, and stories from award-winning and newly launched bars at Four Seasons.

Poured by Four Seasons will be presented at BKK Social Club at Four Seasons Hotel Bangkok at Chao Phraya River and includes cocktails from all of Four Seasons bars on Asia’s 50 Best Bars list.

Philipp Blaser, Vice President of Food & Beverage, Asia Pacific, Four Seasons Hotels and Resorts says, “It has been a few challenging years for everyone in Asia, and I truly believe that well-crafted, creative cocktails can uplift and bring joy. What better way to celebrate Asia then through cocktails that embody the vibe of its iconic cities and cocktail culture?”

The Earl Grey Gimlette reimagines the classic tea flavour and explores the age-old debate of how one should consume the tea – with or without milk? In this gimlet creation, Motsi adds an unconventional element in the form of a milk pearl and Solomon’s Cordial, adding a traditional Korean flavour of cacao.

The Trigona Old Fashioned shines with the distinctive taste of Trigona honey, sourced in small batches from an organic farm in Negeri Sembilan, Malaysia, giving this old favourite a buzz-worthy new spin.

Known for its distinctive brand of creative sustainability, Bar Trigona has been blazing a trail since its opening in 2018. It made history in 2020 when it became the first bar in Malaysia to be named among The World’s 50 Best Bars.

In the Da Hong Pao Sour, the ubiquitous oolong tea found in local Hong Kong tea houses and an eco-friendly French vodka come together in this eat-meets-west cocktail.

From one of the most recent new launches at Four Seasons in Tokyo comes Champagne Poiré, drawing inspiration from a French-inspired winter dessert that Perez tasted in Japan’s Niseko on a snowy winter’s day. The cocktail reflects VIRTÙ’s Paris-meets-Tokyo concept and is created with two Japanese spirits and two French spirits.

Inspired by Singapore’s national flower the Vanda Miss Joaquim, Vanda embodies the multi-threaded tapestry of Singapore with its confluence of elegant and intriguing flavours.

Evita combines the classic style of a Negroni with the DNA of a sour to create a cocktail that exudes the passion of Buenos Aires, with each sip reminiscent of the glamour and lively energy of BKK Social Club at the newest hotel in Four Seasons Asia Pacific portfolio. 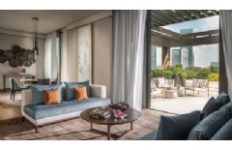 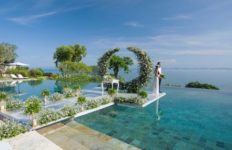 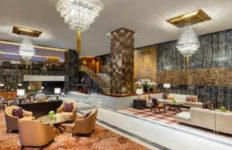 Easter Celebrations At The Peninsula Bangkok→