Now this Anantara experience really is out of this world. For those of you who don’t know – Anantara Kihavah Villas in the Maldives has the largest telescope and observatory in the Indian Ocean so it’s slated as one of the best places in the southern hemisphere to observe and study the stars, planets and the moon. And it’s the moon that is taking centre stage for festivities on July 20th as Anantara Kihavah commemorates the 50th anniversary of man’s landing on the moon.

On the 20th July, 1969 Apollo 11 landed on the Sea of Tranquility and Neil Armstrong and Buzz Aldrin stepped down from the lunar module onto the surface of the moon, the first humans in history to do so. To celebrate,  Anantara guests are invited to join Shameem, the islands resident Star Guru for a ‘Star Gazing’ breakfast. Lay back to gaze at the stars that glitter overhead, and be regaled by Shameem’s knowledge as he takes you on an intergalactic journey before taking a look through the powerful telescope at the craters on the moon that still amaze people 50 years after the first landing. For guests who like a later start to the day the SKY Bartenders at Kihavah have created a complimentary cocktail for all guests to mark the occasion – The ‘Buzz’ Aldrin – While it should provide a buzz, we can’t guarantee you’ll experience weightlessness……

For more information on this amazing experience please find below the press release and some pics for your consideration. 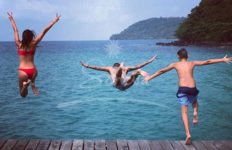 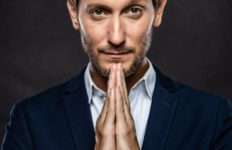 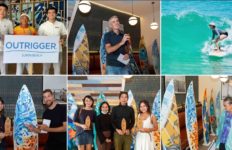