The English Camp was the latest in a series of efforts by Outrigger to support the school and advance the wellbeing of its 150 children. For example, on 4 August, Outrigger organised a badminton fundraiser. The proceeds were used to prepare a wholesome lunch and snacks for the pupils during English Camp, 21 August.

Since 2015, Outrigger hosts and guests attending corporate meetings have worked with Baan Khok Wat Mai School to build better toilets for the pupils, cement the floor of the sports courts (for a safer playing experience) and build a covered walkway so that pupils can stay dry walking between buildings. Outrigger has also renovated and painted the school canteen.

As a result, the number of students has risen from 80 to 150, and teachers from two to seven. This in turn, has attracted additional government funding for the school, which was on the verge of shutting three years ago.

“Parents now feel more confident in their children’s security and safety at the school,” said Jirawan Choochan, the principal. “The CSR programs by Outrigger have also contributed significantly to the students’ motivation and achievement levels,” she said.

The principal noted that in the last few years, for example, there had been an improvement in the pupils’ O-net test scores. Baan Khok Wat Mai School has also been hailed as a top-three school in Phuket based on student participation in basic education processes, according to local education authorities.

“The ‘Outrigger Way’ is to care for guests, hosts and place,” said Tony Pedroni, the general manager of the Outrigger Laguna Phuket Beach Resort. “Our partnership with the school provides much-needed funds for infrastructure, as well as softer aspects, such as training and coaching.”

Mr Pedroni said there had also been good outcomes beyond the school. “Outrigger’s involvement has created positive opportunities for our guests, conference delegates and hosts, many of whom are parents themselves. They all enjoy making a contribution that improves the wellbeing of others.”

“Things are looking up for the school,” said Pedroni. “It’s an incredibly positive story.” 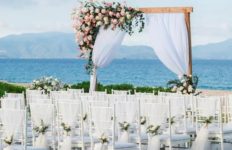 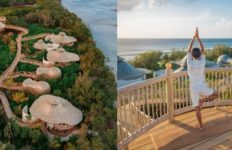 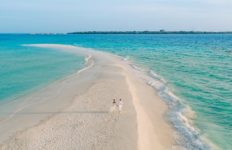 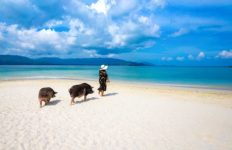