Like never before, this event has been held at the hotel’s rooftop tennis courts, overlooking the cityscape of Sukhumvit area. Some refreshment and light snacks are served to welcome the members, followed by a series of exciting and energizing games led by the hotel’s recreational crews. The activity encouraged members to exercise their muscles and making new friends while competing with one another to win valuable prizes from the hotel, including dining and health club vouchers.

After the games, all members are pampered with delicious foods and drinks from the hotel’s flagship restaurant ‘Bistro M’ led by Chef Tor and his talented F&B team. Bistro M’s highlight dishes such as Salmon 5 Spices, Tuna Tartare, Tandoori Chicken Tikka and Mini Lemon Tartlet have been served in a bite-size canapé concept. It was definitely another fun and creative members gathering event presented by Marriott Executive Apartments Sukhumvit Park! 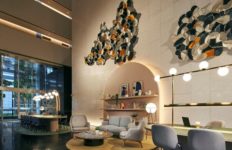 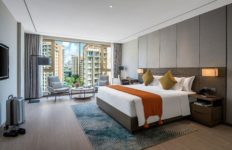 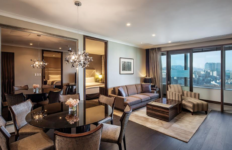 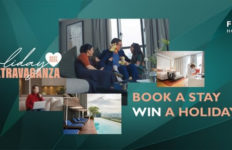