National Artist Panya Vijinthanasarn will take centre stage in the third edition of the popular rotating art showcase at 137 Pillars Suites & Residences Bangkok with a collection of artworks created exclusively for the luxury boutique hotel.

In “Art Rotation Series Vol. 3: Panya Vijinthanasarn”, the artist will unveil his special collection titled “Resplendency & Obscurity”. In the new works he uses mixed media on paper with less of an emphasis on colour to focus on the glorious past of religions and civilisations, illustrating how as time passes by, the fading images of history can provide viewers with a new perspective. Born in the Prachuap Khiri Khan province, Panya was bestowed with the prestigious title of National Artist in 2014. He received his B.F.A. from Silapakorn University in Bangkok, before attending Slade School of Fine Arts, University of London, on a British Council scholarship, from 1982-84. A former Dean of the Faculty of Painting, Sculpture and Graphic Arts of Silapakorn University, he continues to lecture there.

Renowned for his neo-traditional Thai art over the last three decades, Panya’s paintings revisit and reinvigorate traditional Thai and Buddhist iconography with a continual reference to today’s world and life force. Mostly monumental in scale, his paintings contrast a dominant image with fine details.

His numerous exhibitions have been well received in Thailand as well as in the many countries they have been showcased internationally. From 1985-87, he led a team tasked with decorating the Buddha Padipa Temple in Wimbledon, London with neo-traditional murals that dealt with the conventional subjects of the Three Worlds. In 1995, he was commissioned by Siam Commercial Bank to paint murals for their new headquarters. He has also collaborated in illustrating the late King of Thailand’s book Mahajanaka. In 2017, in a solo exhibition titled “Ready Myth: Democrazy” at the Queen’s gallery, Panya showcased largescale mixed-media works, using materials sourced from used car parts and other objects. The theme focused on the conflicts in the various facets of socio-economics and politics, especially in the liberal economy where consumerism and competitive society collectively damage the environment. In his new collection of artworks for 137 Pillars Suites & Residences, Panya chooses a new path for his art. The theme plays on the diametric opposites that “majestic beauty” (Resplendency) and “uncertainty” (Obscurity) are. Inspiration from our past civilisations serves as the key to unlock new ways of looking at the artworks and as a pathway to connect viewers with the present and the future. The exhibition looks to question whether we are on the road to prosperity or entering the darkest time in human history. In the end, art does not just give us aesthetic beauty for our mind and soul, but also serves as a warning and a reminder for us to stay on the right path.

The “Art Rotation Series Vol. 3: Panya Vijinthanasarn” opens with a cocktail event on Thursday, 11 April 2019, where guests will have the opportunity to meet the artist. His thought-provoking compositions will be on display at the Baan Borneo Club, and Louie’s Tiffin Grill at 137 Pillars Suites & Residences Bangkok from 11 April – 23 May 2019; the exhibition will be open to the public from 11 a.m. to 8 p.m. 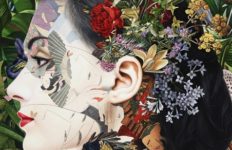 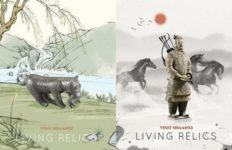 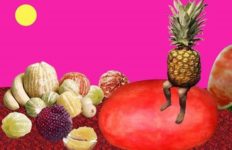 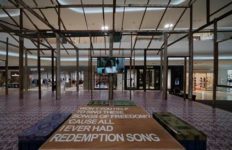