Carballo entered the final round four shots off the pace, but a birdie blitz saw him close with a six-under-par 64 and force a play-off with Korean Kim Joo-hyung and Thai Chinnarat Phadungsil at the award-winning Laguna Golf Phuket, a Golf Course Facility Member of the Asian Golf Industry Federation.

Kim and Chinnarat returned with rounds of 68 and 65 respectively to tie with Carballo on 15-under 265 at the end of regulation play at the THB2 million (about US$63,860) event co-sanctioned by the All Thailand Golf Tour (ATGT).

The 40-year-old Carballo only needed one extra hole to edge out his competitors on the par-four 18th, rolling in a six-foot birdie putt while Kim and Chinnarat settled for tied-second.

Ravi Chandran, Managing Director of Laguna Golf Phuket, was pleased to welcome another worthy champion at the third edition of the Singha Laguna Phuket Open.

“Thanks to All Thailand Golf Tour and Asian Development Tour for bringing this event back to Laguna Phuket, following our recent award of ‘Best Sports Event Venue in Thailand’ at SPIA Asia. With our long history of destination sporting events, including the marathon and triathlon, this professional golf tournament is now another highlight on our annual calendar.

“Although nobody walked away with Banyan Tree Group’s special US$10,000 hole-in-one prize, Miguel Carballo will get to stay at our flagship resort Banyan Tree Phuket as part of his winning prize.”

Carballo, the reigning ADT Order of Merit winner, dropped a shot on his first hole but recovered with a birdie on the second. He gained momentum towards the middle of the round with five straight birdies starting from the sixth hole and added an eagle on hole 14 that ensured his place in the play-off.

“I played solidly all four rounds and was hitting it good. All my birdie putts were either tap-ins or inside 10 feet. I gave myself a lot of chances. I made bogeys today on holes one and 18, the only two holes that I three-putted,” said Carballo, who dropped another shot on his way home.

The victory marked his second ADT title having triumphed in a seven-hole play-off in Indonesia last August.

“I am very happy to win again. It is my second play-off victory on the ADT and it came at the right time because I was planning on going back to Argentina for a month after this. My goal now is to win on the Asian Tour,” added Carballo, who took home a cheque for US$9,121 and six Official World Golf Ranking points. 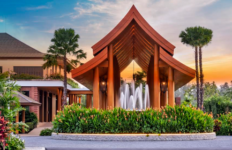 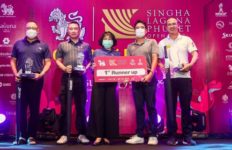 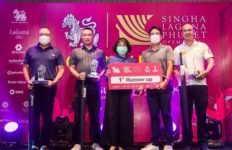