American John Catlin secured his fourth Asian Tour victory in style after a spectacular approach on the first play-off hole set up a birdie that saw him defeat Indian Shiv Kapur and local hotshot Pavit Tangkamolprasert at the Thailand Open.

The 28-year-old Catlin, who claimed three victories over a span of five months in 2018, had missed a birdie chance by an inch on the 72nd hole after chipping from off the green to settle for a closing four-under-par 67 at the Thai Country Club, a Golf Course Facility Member of the Asian Golf Industry Federation.

Catlin, who is based in Hua Hin, Thailand, had to go the distance with Kapur and Pavit, who returned matching 65s. That left the trio tied at the top of the leaderboard on 11-under 273 in regulation play at the US$300,000 full-field event.

The sudden-death play-off, held on the 466-yard 18th, saw Catlin finding the fairway on the left side with his tee shot while Kapur and Pavit hit into the left and right rough respectively.

Kapur sent his second shot through the trees and onto the green but left himself a birdie putt from about 80 feet which he was unable to convert. Pavit’s second shot, meanwhile, found a greenside trap from where he splashed out to 12 feet.

Catlin said: “This win means a lot to me. It means a lot to me winning in Thailand. I have lived here for three years. The people here have been so kind and this place is starting to feel like a second home to me. To win the national Open here means the world to me. It’s like a dream come true.

“I am very proud of myself for getting the job done. That chip on 18 in regulation play, I really thought it was going in.

“I was pretty nervous getting into the play-off but was able to hit a good tee shot down that left-hand side of the fairway (on 18). I didn’t have the best of angles there but I had a great yardage. I trusted my swing and it came off perfect, locked it in there and made the putt.”

“To hit that second shot from 200 yards on the play-off hole was just incredible, especially when it was tucked into the wind that was howling left to right. It just means the world to hit that shot.”

American Trevor Simsby recorded a hole-in-one on the par-three 11th, his seven-iron from 176 yards finding the bottom of the cup. He went on to sign for a 63 to match the course record set by Kapur in the second round of the tournament. 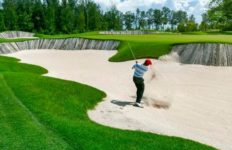 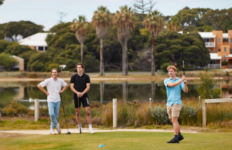 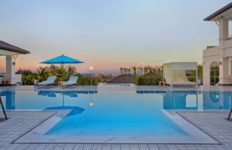 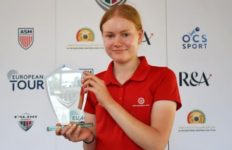