Laguna Golf Phuket will become the first golf course to host a PGA Tour Series-China event outside of Greater China when it hosts the Tour’s third and final Global Qualifying Tournament from March 5-8.

The club will welcome 120 high-level international players representing 18 nationalities from across the globe, including seven players from Thailand.

The four-day qualifying event is an intense competition as it helps decide membership for the 2019 season. Only the player who wins the 72-hole stroke play tournament can play the full season, while players who finish in the second-through-12th positions will earn guaranteed starts in the first six events. Finishers 13-35 (and ties) will earn conditional status through the first six events.

He said: “We have watched numerous players show up at the Qualifying Tournaments, and a year or two later they are playing on the Web.com Tour and the PGA Tour. It’s at the qualifiers where many of them are beginning their professional journeys, and we recognise the talent that has come through our Tour during its first four years.

“As we announce these events, it means another PGA Tour Series-China season is just around the corner, featuring a mix of new players who will emerge from these qualifiers as well as those players who are returning.

“This is also a new chapter in the history of the Tour as we stage an event away from Greater China for the first time. Playing in Thailand will provide players with a new cultural experience, while playing a tournament on a world-class golf course in one of the great resort cities in Southeast Asia.”

In the past, players from Thailand have fared well on the Tour. Gunn Charoenkul has won twice, once in 2014 and once in 2016. Meanwhile, Somprat Rattanasuwan earned his full card by tying for third at the Series’ second Global Qualifying Tournament last week. This week, the seven Thai players in the field includes one local player, Thanathip Puaktes.

It was in 2014 that Laguna Golf Phuket, a course built among lagoons, native water grasses and mature woodland areas, was revamped and upgraded by Paul Jansen’s Jansen Golf Design & Construction, an Associate Business Member of the Asian Golf Industry Federation. 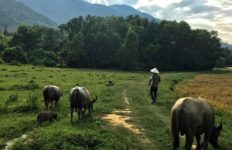 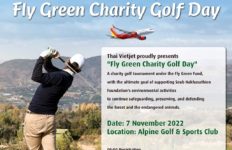