Award-winning Laguna Golf Phuket will return to the limelight when it plays host to next month’s Singha Laguna Phuket Open on the Asian Development Tour (ADT).

Co-sanctioned with the All Thailand Golf Tour (ATGT), the May 16-19 event will mark the ADT’s third leg in Thailand this season following the Boonchu Ruangkit Championship and the Thongchai Jaidee Foundation in January and February.

Vying for a slice of the prize purse of two million baht (about US$63,860), an international field of 144 players will tee off at the popular Phuket venue, a Golf Course Facility Member of the Asian Golf Industry Federation.

The resort has played host to numerous professional tournaments since its comprehensive course revamp in 2016 and has proven to be a happy hunting ground for local golfers. It is also a former host venue on the Asian Tour.

In the inaugural edition in 2017, the Singha Laguna Phuket Open was won by Thai Chanachok Dejpiratanamongkol, who secured his maiden victory with a winning total of 27-under-par 253.

The same year, fellow-Thai Suttijet Kooratanapisan etched his name into the history books when he carded a final-day 59, the lowest round on either the ADT or the Asian Tour.

In 2018, Varanyu Rattanaphiboonkij made it a hat-trick of Thai successes when he dominated the field with a wire-to-wire victory, winning by six shots. The Phetchaburi native went on to claim a second ADT title in November and finished third in the Merit standings, thereby earning his Asian Tour card for the 2019 season.

“Phuket has always been a popular destination for our members. It is a spectacular location with a wealth of activities at your fingertips at the ever-hospitable Laguna Phuket,” said Cho Minn Thant, Chief Operating Officer of the Asian Tour, a Full Business Member of the Asian Golf Industry Federation.

He added: “We would like to thank Laguna Phuket and Singha, the joint-title sponsors, and the All Thailand Golf Tour for their unwavering dedication towards the development of golf in the region.

“Thai golfers have traditionally been strong contenders on the ADT. Sadom Kaewkanjana lifted his maiden ADT trophy at the Thongchai Jaidee Foundation 2019 in February and went on to make a stunning breakthrough on the Asian Tour two months later in Bangladesh.

“We hope to see more young and exciting talents bursting onto the scene through the staging of this event.”

Jakraphong Thongyai, All Thailand Golf Tour Commissioner, said: “I am always glad to host the event along with the ADT. We strongly believe that this event will be as successful as the previous years. On behalf of the ATGT, I would like to send our sincere thanks to the Asian Tour and the Asian Development Tour for the support and dedication in growing the game across Asia.

“The ATGT would also like to thank to Laguna Phuket for their wonderful support for the third conservative year and we hope to continue this event with the ADT for many years ahead. Our players always enjoy visiting Laguna Phuket, the destination has a variety of hotel accommodation and fantastic recreational facilities, with the golf course conveniently situated at the heart of the resort.” 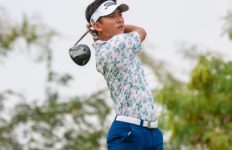 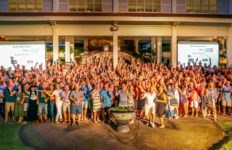 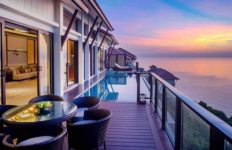