Currently, there are multiple treatment options for breast cancer, which vary depending on the type of cancer and stage of diagnosis. Based on statistics, 20 per cent of breast cancer patients are diagnosed with HER2-positive breast cancer, which means that they tested positive for a protein called human epidermal growth factor receptor 2 (HER-2), that can significantly intensify the severity of the disease. [1]Therefore, the innovative development of the targeted therapy played an integral part in efficiently treating this type of cancer. It was found that the combination of the new and existing targeted therapy, when utilized in conjunction with chemotherapy can help increase the response rate to treatment, compared to the isolated use of the existing targeted therapy. Thus, this discovery can lead to long term benefits, and increase survival rate for patients. The new treatment is categorized as targeted therapy and can be utilized on breast cancer patients from the early stages, before operation, up until the later stages when cancer cells have begun to spread. The use of all three treatments, alongside one another can subsequently minimize the risk of cancer cells from multiplying; reduce the size of the cancer tumors, in addition to decreasing the chance of cancer cells returning after operation, which ultimately enhances the probability of becoming cancer-free in certain cases.

Dr. Naiyarat Prasongsook, Medical Oncology Unit, Phramongkutklao Hospital revealed, “Chemotherapy used to be the go-to treatment option in the past; however this method randomly destroys cells that are not only specific to cancer cells, which in turn has a direct effect on the functions of healthy cells and other organs in the body. As a result, this can lead to side effects and symptoms such as nausea, vomiting, hair loss, and compromised immune systems. On a brighter note, the recent innovation in cancer treatment utilizes a combination of new and existing targeted therapy together with chemotherapy, where targeted therapy plays a crucial role in destroying cancer cells without the dreaded side effects of harming regular functioning cells in the body. This method leads to minimal side effects, and has been clinically proven that cancer patients who have received a combination of both targeted therapies in conjunction with chemotherapy are able to significantly prolong their average life expectancy after survival.” [2]

The Comptroller-General Department has officially added the new targeted therapy to the OCPA program for direct reimbursement among patients with civil servant rights, which helps increase patients’ access to both the new and existing targeted therapies without the added financial burden. “Breast cancer is the most common form of cancer and the number one cause of death in Thai women, with a fairly steep cost of treatment. The Comptroller-General Department places a heavy importance on the patients’ quality of lives; thereby the approval of both targeted therapies is aimed at increasing the efficiency of the treatment by minimizing the size of the cancer tumors, so that breast cancer patients who are unable to operate can get a chance to go into surgery and remove all cancerous tumors – to increase the probability of being completely cancer-free in the long run.” [3]Dr. Naiyarat added.

Ratanaporn Pothiprasart, stage four breast cancer patient, recalled her experience battling the disease in 2015 and the civil servant rights that she received, which helped alleviated the financial strain for her and her family.

“After receiving news that the Comptroller-General Department has approved the new targeted therapy to be used together with the existing one with direct reimbursement for breast cancer patients with civil servant rights, I was delighted for all civil servant rights patients because expenses for cancer treatments are fairly high. Therefore, I would also like to thank all of the parties involved who played a role in driving the movement to increase patients’ access to more effective treatments,” Ratanaporn said. “I initially believed that breast cancer treatments will take a toll on my body with severe side effects. However, upon receiving targeted therapy, my symptoms have improved significantly, and I experienced no side effects from the treatment, which enabled me to eventually transition back to my normal daily life.”

There are often very little symptoms shown in the early stages of breast cancer, which means patients are more likely to seek professional medical advice in the later stages, after cancer cells have begun to spread. Thus, the best form of prevention for breast cancer is to perform self-examinations and visit medical professionals if there are any abnormalities to receive a routine mammogram. The National Cancer Institute recommends that women with high risks or women entering menopause from ages 40-45 and onwards should receive an annual breast cancer screening, including mammograms to reduce the risk of breast cancer diagnosis, especially in the later stages – which will help to increase the chances of survival, and ultimately lead to a cancer-free existence in the long run. 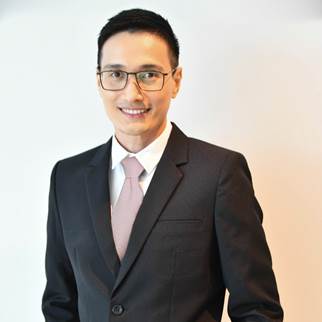 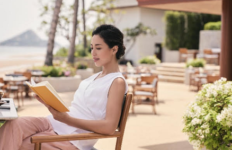 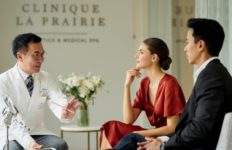 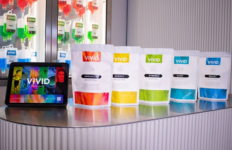 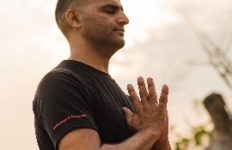