La VIE Bistronomy – Casual Gourmet is all about enjoying quality ingredients and comfort food in an elegant yet cosy atmosphere of superb live cooking and excellent specialties.

Located on the 11th floor of VIE Hotel Bangkok, La VIE Bistronomy – Casual Gourmet invites you in to a bright and comfortable ambiance of soothing bronze décor that speaks of relaxation and the enjoyment of life.

In this friendly and casual all-day dining venue, the restaurant’s personable team create the scene for your most splendid moments, in warm gatherings with friends or a unique experience with your beloved.

With a menu that showcases trendy Western dishes as well as offering you a choice of the most iconic Thai flavours, without forgetting the delicacies from our nearby Asian neighbors, La VIE Bistronomy is distinctive in setting a high standard for excellent quality ingredients that care for your health.

Suppliers to La VIE Bistronomy are selected who specialize in ecologically friendly ingredients, such as the highly respected Sloane’s, who promotes the ethical treatment of animals and eschews unnecessary chemicals, or Green Monday, which is a pioneer for plant proteins and a sustainable future environment.

A large proportion of the restaurant’s produce and ingredients are organic and farm-to-table, including the acclaimed family-owned Beillevaire Farm, in France, which began three decades ago with a small dairy and now produces a tantalizing range of various cheeses and related products.

At La VIE Bistronomy you will taste the difference in every delectable dish, and your health will appreciate it.

A man of versatile interests and talents, Chef Supat Chinsangtip had mastered the nuances of taste and pleasure in a wide variety of international cuisines before finding his true calling at La VIE  in VIE Hotel Bangkok – MGallery Hotel Collection.

Chef Supat kicked off his culinary career in 1993 after completing the immensely respected culinary apprenticeship programme at the Mandarin Oriental Hotel Bangkok (OHAP), and launched himself into world of cooking. He started that same year as Head Chef of the acclaimed Baan Khanitha Thai Cuisine Restaurant and again as Head Thai Chef a few years later at The Plantation Club Hotel & Casino.

His experience in the kitchens of Thailand further included well-known resorts such as Layana Resort and Spa Koh Lanta as well as popular restaurants like Le Café Siam. In 2005 he became part of the pre-opening team of Garden Cliff Resort & Spa Pattaya, assisting the Executive Chef in setting up all operations and creating the menus as well as training the staff for this much-praised venue.

Chef Supat joined both VIE Hotel Bangkok and V Villas Hua Hin in 2007 with the pre-opening team and assisted greatly with training the staff and setting up the menus for both properties. After being appointed Executive Chef the following year, he has cooked side-by-side with many visiting Michelin-starred chefs who have hosted lunch and dinner events held at La VIE. Beyond being a master of Thai cuisine, Chef Supat’s talents also came to the fore with Asian and Mediterranean cuisines and have reached a creative zenith with French Bistronomy cuisine.

As Executive Chef of VIE Hotel Bangkok – MGallery Hotel Collection, where he has served as Executive Chef for the past decade, continually developing the range and depth of his special touch, Chef Supat’s meticulously planned and delectable creations are served daily at La VIE.

In 1983, visionary farmer Alain Millait established his family farm in Orliénas, France, with new cherry, peach, pear and apple orchards. By 1997, he had created six juice delicious new flavours and offered them to 60 different Relais et Châteaux sommeliers to taste. Each of them were extremely impressed and encouraged him to develop his business. Alain Millait regards juices not just as a way to consume liquid fruits, but as a completely separate experience of pleasure, a sum greater than the mere fruits that compose them. Like any great composer, he designs every taste as a journey full of emotion, each of his exquisite juice having its own sublime colour, texture and aromatic profile.

The Beillevaire farm, established in 1980 by Pascal and Claudine Beillevaire, began with only 50 cows selling fromage blanc, unpasteurized cream and unpasteurized butter directly from the farm to local markets. By 1987, they had opened their first shop, at Les Sables d’Olonnes, with another following in 1987 in Nantes and a third in 1998 in Paris. Now they have 20 cheeseshops and sell their cheese at numerous other food halls and markets. They make 30 different cheeses, 150 various dairy products including yoghurts and desserts, and can cover a tasty range of 400 cheeses, from six farms.

Founded in 2009 by acclaimed British chef Joe Sloane, who had spent nearly two decades working in 5-star hotels and Michelin-starred restaurants. Committed to perfection, Sloane’s sources the highest quality meats and local ingredients only from farms which Sloane’s representatives have visited and vetted in person and which practice the ethical treatment of animals and avoid unnecessary chemicals, both of which Sloane’s is passionate about. Sloane’s products include a wide range of pork sausages, cured items, patés and terrines, BBQ items, raw cuts, specialty items, sauces, homemade condiments, and cheeses sourced from artisan producers around Thailand.

Green Monday is the original pioneer for plant proteins, moving toward a sustainable and healthy plant-based diet beyond meat. Green Monday sources non-GMO foods, free of hormones and antibiotics, with vegan specialties from the most respected farms. Their suppliers are The Future of Protein, backed by Bill Gates and celebrities such as Leonardo DiCaprio (offering products such as Beyond Meat and Beyond Sausage); Omnimeat, launched in 2018, offering plant-based blend of proteins from pea, non-GMO soy, shiitake mushrooms and rice, with less cholesterol and calories than pork; and Daiya, known for its award-winning non-dairy tapioca-based cheese, which has 33% less fat than traditional cheese and is free of cholesterol, hormones and cruelty to animals.

Or Tea? are the world’s tea missionaries, a premium specialty tea brand adhering to millennia-old Chinese tradition of tea as an art. Working closely with top tea professionals Or Tea? seeks to make the very best teas from all over the world not only fashionable, but to see this delicious and healthful beverage enjoyed on a daily basis. Or Tea? offers delightful teas such as Beeeee Calm, an organic chamomile tea with honey and vanilla flavouring; Dragon Pearl Jasmine, organic jasmine green tea; Dragon Well with Osmanthus, a delicious green tea with osmanthus; La VIE en Rose, a blend of fruit, rose and black tea; and many more.

Beef City from Australia began in 1976 and is highly experienced and committed to carefully supplying only the highest quality products, consistently and always. Over 40 years of expertise means peace of mind and excellent tasting beef. Every employee, many of whom have decades of experience, from the office to the feedlot or the deboning staff, are extremely well trained and passionate about producing only the best, in order to pass this knowledge to future generations so that Gourmet One by JBS Australia products from Beef City can be enjoyed now and forever. 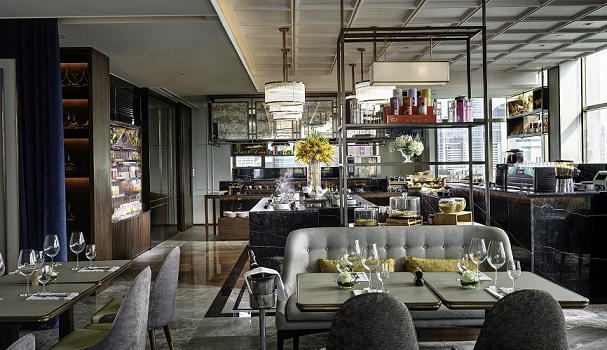 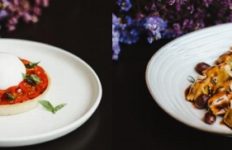 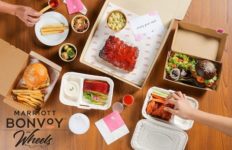 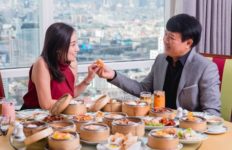 Enjoy All-You-Can-Eat Dim Sum in a Private Suite at Centara Grand at CentralWorld for Only THB 1,250 ++→ 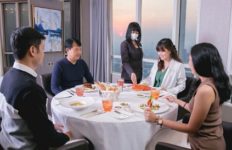