The Sofitel Legend Metropole Hanoi, already renowned for its French roots and flair, took another big step toward France with a new menu at Le Club Bar that was inspired by the types of dishes served in relaxed, traditional French brasseries.

Some highlights of the new menu include the classic beef Bourguignon, showcasing tender beef slowly braised in a rich red wine sauce; Burgundy escargots roasted in the shell with persillade butter; the hand-cut steak tartare features the delicate balance of savoury and sour, to intermingle into a dish beloved across brasseries throughout France. Other standouts include enduring favourites like the croque-monsieur with white ham and homemade bechamel sauce, and the French onion soup topped with emmental cheese. Lighter dishes include Dalat artichoke, pan-roasted black cod with velouté sauce, and salad Niçoise. The brasserie menu was designed by Chef Raphael Kinimo, who prior to joining the Metropole last year honed his culinary craft in some of France’s most celebrated restaurants. His authentic dishes draw on his experience in the 3-Michelin-Star Paul Bocuse in Lyon and at the Jour de Marché in Lyon and the Yoann Conte Restaurant by Marc Veryat in Annecy. He also worked under master chef Joël Robuchon at the 3-Michelin-Star l’Atelier de Robuchon in London’s Covent Garden. The new brasserie menu at Le Club Bar is served from August 26. 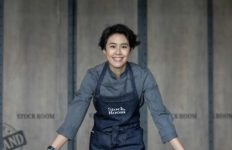 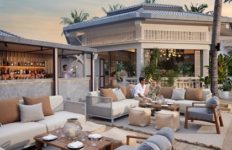 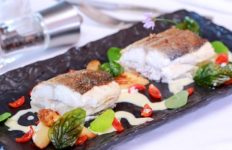 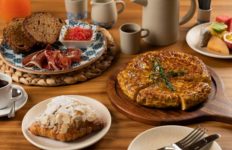