It’s a tradition that dates back over 200 years and luxury boutique hotel 137 Pillars Suites & residences Bangkok will host an exclusive gala evening on 23 March 2019 celebrating that ritual.

History tells how officers of the famed Hussar light cavalry under the command of Napoleon would celebrate their victories across Europe by opening a bottle of Champagne, quite possibly encouraged by their commander-in-chief’s own assertion: “Champagne! In victory one deserves it; in defeat one needs it.” But rather than rummage around their saddlebags, they would just slice the top of the bottle off with their sabres without dismounting.

Another legend has it that Madame Clicquot, the 27-year old widow and proprietor of a large, inherited Champagne business, liked to entertain the officers of Napoleon’s army as they passed through. She would present each a bottle as they were riding out and the men used their swords to uncork the Champagne bottles as a parting salute.

This iconic and dashing French tradition has been kept alive by the prestigious Confrérie du Sabre d’Or, or the Brotherhood of the Golden Sabre that was founded in 1986. The order currently boasts over 12 chapters and 30,000 members around the world. Each year the various country chapters hold events that promote this noble art and the enjoyment of Champagne. Anyone can join the confraternity, with initiates being inducted as a sabreur after learning the right way to saber a bottle, before moving up the ranks to Chevalier, Officier, and eventually Commandeur and Grand Commandeur.

The Confrérie du Sabre d’Or Thailand’s Annual Grand Chapitre Gala Dinner on 23 March 2019 at Nimitr Restaurant, 137 Pillars Suites & Residences is an opportunity for anyone to test their skills in the noble art of sabrage, join the brotherhood, and enjoy a fantastic evening of cuisine, Champagne and camaraderie. The evening will be presided over by Grand Maitre du Sabre d’Or, Jean-Claude Jalloux, who will promote members and induct new ones.

The ceremony will be followed by a special six-course dinner prepared by Chef Nanang Aditama. It will include dishes such as scallop tartare with mango jelly, and coconut and yuzu dressing; Bouillabaisse with lobster and infused with Asian spices; and slow-cooked organic duck breast accompanied by a potato and carrot puree, Hong Kong kale, foie gras, and soya pepper sauce, and more. Each course has been paired to four vintages from Champagne Vielle France available exclusively at 137 Pillars Suites & Residences Bangkok.

The price for the event is: 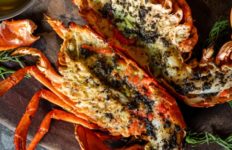 This holiday season, Aloft Bangkok unveils its 2022 festive offers, including White Christmas and The Great Gatsby→ 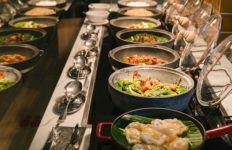 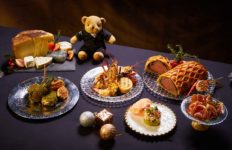 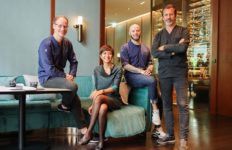