CJ 4DPLEX, the world’s leading producer of premium film formats and cinema technologies and Major Cineplex, the largest cinema chain in Thailand, announced today they have signed an agreement to open the first ScreenX PLF auditorium at Major’s multiplex at Siam Paragon in Bangkok, Thailand.

The new ScreenX PLF auditorium will have 336 seats and 20-meter-wide screen, the largest ScreenX in the country.  The announcement was made during the 2022 CinemaCon conference in Las Vegas.

ScreenX is the world’s first multi-projection cinema with an immersive 270 degree field of view. By expanding the image beyond the frame and onto the walls of the theatre, ScreenX draws you into the story on the main screen and immerses you in a virtual reality like setting with cinema quality resolution. This is the second ScreenX theater in the Major Cineplex network. The first ScreenX launched in 2015 at the Major’s Quartier Cineart location.

Major Cineplex has more than 177 locations with 828 screens in Thailand and abroad.

“Major Cineplex has been a great partner in exhibition, as we first brought the 4DX concept to Thailand over a decade ago and are following that success by expanding the ScreenX experience,” said JongRyul Kim, CEO, CJ 4DPLEX.  “We are looking forward to our continued partnership and additional ScreenX PLF locations opening in the near future.”

“We are continuing to see excitement around the world for the immersive 270 degree experience ScreenX brings moviegoers and Thailand is no exception,” said Don Savant, Chief Business Officer, CJ 4DPLEX Korea. “We are excited for moviegoers to experience the new ScreenX PLF concept at the Siam Paragon location with our amazing upcoming slate of content that will be seen throughout this summer and beyond.” 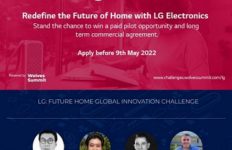