The ‘Bilibili x The Star Idol Exclusive Mini Concert’ marked a warm and joyous end to the variety show’s latest season in celebration of the year’s-end festivities.

Packed with heartwarming displays of friendship, the exclusive online mini concert put on a special show starring all 8 finalists of ‘The Star Idol’. The ensemble includes ‘Boom’, Thailand’s freshly crowned ‘The Star Idol’ champion, and the other 7 finalists: Poom, Copper, Earnearn, Maddoc, Pim, O and Korn.

The dream team returned once more to serve up a blast of fun and excitement to fans, with plenty of singing, dancing, and hilarious banter during the talk-show highlights, leaving viewers immensely entertained. Fans took to social media network sites to share the adorable scenes and moments of teary-eyed hilarity, using the #BilibilixTheStarIdolExclusiveMiniConcert hashtag, in real time during the live streaming on Sunday 19 December 2021. This mini concert was a collaboration between Bilibili and ‘one 31’ channel, in catering a virtual event brimming with fun and joy to fans, as thanks to viewers for supporting ‘The Star Idol’ variety show and Bilibili, a streaming platform designed to enrich the everyday life of young people.

The event kicked off impressively with the show’s theme song, ‘Peua Dao Duang Nun’, a melody which first set the finalists on their paths towards stardom with ‘The Star Idol’, with as many as 3,000 fans streaming! The 8 Idols then gathered round to catch up on how their lives have transformed after the end of ‘The Star Idol’. Fans also got to witness Poom-Phongratchata demonstrate his flair in MC’ing, slipping in clever quips to keep the banter lively throughout the segment.

The 8 finalists then put on individual performances: Maddoc—‘Jai Sung Ma’, Poom—‘Nhuey Mai Hua Jai’, Boom—‘Chak Khon Rak Kao’, Korn—‘Sak Wan Neung’, Earnearn—‘Move On’, Copper—‘Wan Koet Chan Pi Ni (HBD to Me)’, Pim—‘Play Girl’, and O, ‘Rai Gor Ruk’. These concert selections were songs that the Idols had not had the chance to perform for fans during the competition. Receiving the greatest hype on Twitter was Boom-Saharat’s rendition of ‘Chak Khon Rak Kao’, with fans praising his beautiful delivery, and commenting that the Idol’s vocal range notably complemented songs by tenor artists such as Aof Pongsak. While enjoying the concert’s live streaming, fans got involved by sharing real-time comments using Bilibili’s bullet chat feature, to cheer on their favourite Idols and interact with other viewers in elevating the fun.

The entertainment carried on with an on-stage revelation of ‘The Star Idol’ 8 finalists’ audition-day pictures, serving to highlight how far they came, driven along by fans’ undying support from day one. Speaking on behalf of all his peers, Poom poured his heart out on how it felt to be among the 8 finalists: “Having made it to this point surpasses all of our expectations. We have learnt to work together, gotten to know each other, and this experience has given us the courage to go further to be the best versions of ourselves. I would like to thank ‘The Star Idol’ and everybody involved for giving us this chance. Thank you very much.” Poom’s heartwarming speech and dazzling smiles for fans were soon followed by a special collaborative-performance segment starring the 8 finalists, which hit the screen for the first time ever via Bilibili! First up was team ‘Small but Mighty’, featuring Copper, Earnearn and Maddoc, who harmonised in a sweet rendition of ‘The Black Sea’, taking fans on a romantic ride with their tender delivery of the dreamy, floating tunes. The next song in line was ‘Yah Glai Gun Loey’ which saw fans taking to Twitter in a frenzy over the spicy duo, Poom and Pim, whose powerful singing voices and captivating performance sent a shockwave through social media. The segment ended with team ‘Too Handsome to Handle’—featuring the show’s hot trio: Korn, Boom and O—who wrapped it up with ‘Fak Liang’, taking the audience back in time with the classic rock song, and featuring O on his electric guitar.

In the final segment of the online mini concert before the curtain fell, all 8 of ‘The Star Idol’ finalists departed with words of thanks. The show’s latest winner, Boom, left the audience with touching words of appreciation from the heart, ‘I would like to thank everyone for giving us this chance to try new things, be part of this experience and learn so much from it. It has been such incredible fun, and I am certain that it will continue to be in the future. Please stay tuned for updates from us.’ Korn, The show’s resident violinist who recently graduated, added, ‘I would also like to thank Bilibili for honouring and inviting us to this concert, as well as being our main sponsor. And thank you ‘The Star Idol’, for making this happen and helping the 8 of us to come together.’ The mini concert ended with the 8 finalists singing ‘Kradot Kot’ together; the momentous chapter was thus brought to a close with an energetic and lively performance by the freshly minted Idols who said good-bye with their arms around each other and springs in their steps. The song was chosen for a meaningful message in its lyrics: “It has been a while, did you miss me?” as a heartfelt shout out from the Idols to the fans, all wrapped up in a beautiful ending.

If you are looking to stream the mini concert’s rerun for free, go ahead and download the Bilibili application via Google Play or App Store. Catch up on the concert’s iconic moments through this link: ‘Bilibili x The Star Idol Exclusive Mini Concert’ today!

‘The Star Idol’ may have ended, but Bilibili still has a great deal of entertaining content ready to be served up for the enjoyment of users. Stay tuned for all updates and get the latest on news and activities via Bilibili’s Facebook and Instagram

What to Do For 3 Days in Bangkok→ 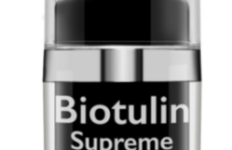 “Botox in the bottle” helps against Corona wrinkles – don´t inject – just apply! The beauty secret of the stars→ 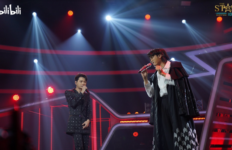 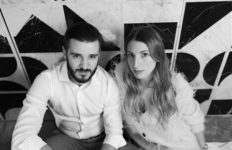 Designing Identity Between Tradition And Future→