Nimo TV, the world’s leading game live streaming platform, has created a special activity for all the fans and gamers called the “RoV Weekend Battle”. The activity serves as a competition between the RoV Pro League pro-gamers and Nimo TV streamers, which includes a set of rewards, valued at 25,000 baht in total, for the audiences to enjoy.

RoV Weekend Battle is a continuous activity from the RoV Pro League SS3 created for the fans to follow updates from the competition and to join their favorite streamers who will be paired with professional e-sport players such as; 007x VS Guyngid, Miffy (Bacon) VS Baby Bacon, Kritngi VS Udie and others from Burirum United and Bacon Time i.e. Cherie, MeMarkz, JameCo and Remix who will participate in this competition. Apart from the fun, the audiences that follow the competition and watch the live stream will have a chance to win prizes from Nimo TV which include RoV skins and in-game items.

Watch the competition every Saturday and Sunday, from 23 February – 23 March at http://bit.ly/RPLweekend 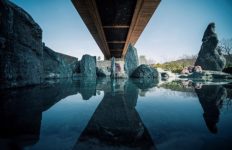