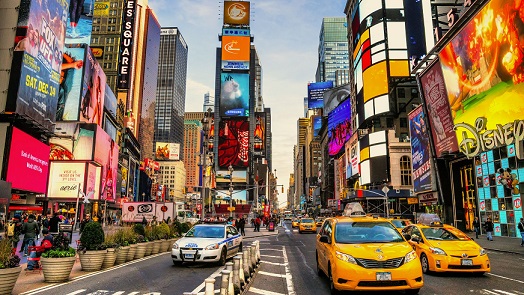 NYC & Company, the official destination marketing organization and convention and visitors bureau for the five boroughs of New York City, today announced the appointment of BRANDSTORY as its representative in Southeast Asia (SEA). Led by General Manager Reene Ho-Phang, the multi award-winning tourism marketing agency will be responsible for travel trade, marketing and public relations efforts in Singapore, Malaysia, Indonesia, the Philippines, Vietnam and Thailand. This news comes as New York City is expected to recover 85% of its record 2019 visitation levels this year.

“As New York City’s tourism recovery continues and we look to triple international visitation by year’s end, we are pleased to resume our activities in Southeast Asia hand-in-hand with BRANDSTORY,” said Fred Dixon, President and CEO of NYC & Company. “We look forward to working with Reene and her team, tapping into their expertise working with destinations across the United States and beyond, to reestablish NYC’s position as a leading travel destination in the SEA market.”

“It is a city where dreams are made, so you can imagine how thrilled and honored we are,” said Reene Ho-Phang, Founder and Managing Director of BRANDSTORY. “More than just being an aspirational urban destination, New York City offers diversity, inclusiveness, sustainable travel, and practically everything today’s traveler wants. And being the first U.S. destination to return to Southeast Asia, it’s definitely time for New York City!” she added, making reference to the City’s largest tourism marketing campaign in history as it leads the way in recovery.

NYC destination highlights include 12,000 new hotel rooms coming online over the next three years with new properties including the recently-opened Aman New York and NYC’s second Ritz-Carlton; more than 20 new Broadway shows; recently-opened attractions including the SUMMIT One Vanderbilt and City Climb observatory experiences and the free public park, Little Island; and developments and openings across infrastructure and transportation, with upgrades at the region’s three major airports, the new Moynihan Train Hall and the recently-expanded Javits Center.

Other highlights include arts and culture openings such as the brand-new Museum of Broadway, The Louis Armstrong Center and the American Museum of Natural History’s Gilder Center debuting soon, with The American LGBTQ+ Museum and the Universal Hip Hop Museum also upcoming; performing arts venues including Lincoln Center’s reimagined David Geffen Hall debuting this autumn and the iconic Apollo Theater expansion next year; culinary highlights from new fine dining establishments to unique food halls across the five boroughs; retail including the renovated Tiffany & Co. Flagship on Fifth Avenue and the return of Century 21; iconic big events like the US Open Tennis Championships, TCS New York City Marathon and the Macy’s Thanksgiving Day Parade; and more.

NYC & Company’s new Get Local NYC effort invites visitors to explore the five boroughs like a New Yorker, with comprehensive guides to The Bronx, Brooklyn, Manhattan, Queens and Staten Island.

Recently-launched multi-cultural platforms on NYCGO.com include The Black Experience in NYC, The Latino Experience in NYC and The Asian Experience in NYC. NYC & Company is also the first U.S. tourism organization to produce a Halal Travel Guide for Muslim visitors, and continues to update visitor information on LGBTQ+ NYC and Accessible NYC.

For more on all there is to see and do in New York City’s five boroughs, visit NYCgo.com.