The Rotary Club of Bangkok, the first Rotary Club in Thailand, celebrated its 88thanniversary on September 21st, 2018 with a major gathering of members and dignitaries from across Asia.

Led by Khun Maleeratna Plumchitchom, the current President of the Rotary Club of Bangkok, the anniversary event was hosted in the Grand Ballroom of the Grand Hyatt Erawan Hotel in Bangkok. This glittering occasion featured 350 guests, including members of the Rotary movement in Thailand and sister clubs in Hong Kong, Japan, Malaysia, the Philippines and Taiwan.

During the event, Khun Maleeratna took the opportunity to outline the Rotary Club of Bangkok’s community projects and plans for 2018-2019.

“The club’s focus this year will be on two major initiatives both vital to thriving communities. First is the construction of eight fully-stocked libraries across the Kingdom, allowing children to practice one of the fundamental skills required to grow up as a productive member of the community. This complements well our club’s long-standing efforts to support the education of students across the country, which started back when our club built the Rotary Bangkok School in Hua Hin in 1969.

“Second is the effort to improve the sanitary infrastructure in eight rural towns, to enhance the overall hygiene and wellbeing of all age groups in villages across Thailand,” Khun Maleeratna revealed.

The Rotary Club of Bangkok will also support Rotary International’s main global cause, which is the eradication of polio worldwide.

“Only two countries are left that still have outbreaks of this crippling disease,” Khun Maleeratna commented. “Our organization has clubs worldwide which are all contributing to this goal. All our members are all highly engaged in “Being an Inspiration”, in line with Rotary International’s motto for 2018-2019.”

The Rotary Club of Bangkok was established in 1930, marking the birth of the Rotary movement in Thailand. Since this time, 345 Rotary Clubs have been established all across Thailand with 8,114 members, mainly under the patronage of His Majesty King Rama IX. Globally there are now more than 34,000 Rotary Clubs with 1.2 million members in over 200 countries worldwide. 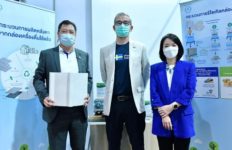 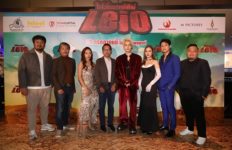 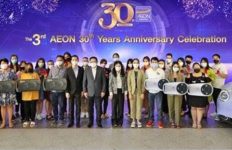 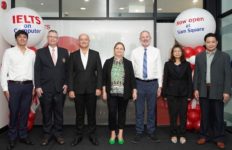