Tetra Pak Thailand takes part in a “plogging” event hosted by the Bangkok Metropolitan Administration (BMA), the Embassy of Sweden in Bangkok, Puey Park, Thammasat University and other partners on 18th September.

The event follows the 2022 World Cleanup Day (17th September) and is in line with the global collective action combating the common challenge of solid waste. It also supports the policy of the BMA to ensure easy access to green spaces for all and enhance waste management.

“Plogging” is the act of picking up trash and litter while jogging. It is a combination of the Swedish term “plocka upp”, which means “to pick up,” and jogging. It started as an organised activity in Sweden around 2016 and has since then spread to other countries, following increased concern about plastic pollution. As a workout, it provides variation in body movements by adding bending, squatting and stretching to the main action of running, hiking, or walking. An estimated 2,000,000 people plog daily in 100 countries.

Around 160 participants joined the Bangkok event, plogged along four different routes, and collectively picked up almost 300 kilogrammes of trash. Tetra Pak Thailand supported the initiative by providing drinking water in beverage carton packaging at the starting point and at the finishing line, and also helped with the collection of empty cartons for further recycling.

(From left to right) 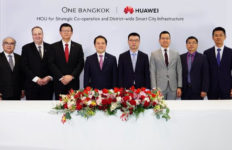 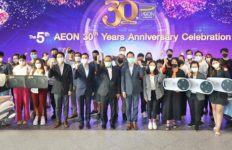 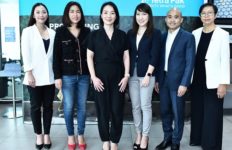 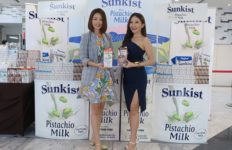