As new year begins, many people might have different goals they want to achieve but keeping oneself healthy is always on our checklist. Having a good health is more significant than anything as you may have heard the proverb “Health is wealth”.

To be aware of what you eat can promote good health because “you are what you eat”.  There are many non-dairy milk alternatives coming into the market to satisfy consumer needs and Almond milk is one of the most popular alternative milk with their well-known benefits for rich in calcium, vitamin E, also low in calories and has no cholesterol.

Almond milk can be used as a substitute for dairy milk. You can use almond milk as an ingredient in your main dish, bakery, dessert, and drinks. Known for its benefits, almond milk is also suitable for those who are lactose intolerance.

In Thailand, almond milk market share is less than 1% but in the United States of America, almond milk already became the most consumed alternative milk in the market. The research of Mintel reveals that non-dairy milk sales have been increased impressively 61% over the last five years, since 2012, and it is estimated to reach $2.11 billion in 2017 while dairy milk sales declined 15% since 2012 with $16.12 billion in 2017.

From all of non-dairy milk alternatives in the United States of America, almond milk is the most popular with 64% of total market share while soy milk is 13%, coconut milk is 12%, and the rest is other non-dairy milk. However, both sales and market share in Thailand and USA are forecasted to grow continuously due to consumers are more concerned about food safety and choose food and drink that promote better health.  The consumers believe that choosing non-dairy milk instead of dairy milk will help them get healthier, especially the almond milk. The other factors that made almond milk so popular are the concerns of gluten sensitivity, lactose intolerance, congenital disease, cholesterol, and estrogen hormone in soy milk. Those who have these concerns can use almond milk as the substitutes in any foods and drinks.

Almond milk is an interesting choice, particularly the office worker who don’t have time to do exercise. Almond Breeze Almond Milk by Blue Diamond Growers is now available in Thailand in six flavors; Original, Unsweetened, Vanilla, Chocolate, Latte, and Matcha with the good feedback from the latest two flavors, Latte and Matcha. All varieties are available at convenience stores and supermarkets throughout Thailand. For further information, please contact 02-813-0954-5 or follow Blue Diamond’s activities at www.facebook.com/Bluediamondthailand and IG:Bluediamondthailand. 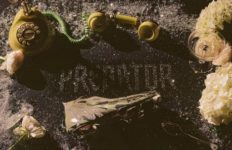 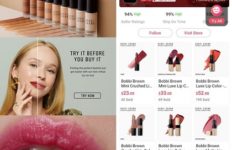 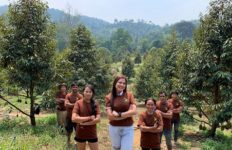