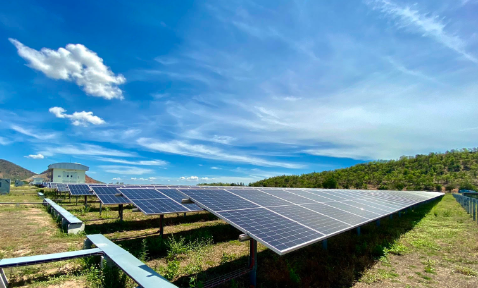 TSE was established in 2008, and is in collaboration with several world-renowned energy institutes and specialized energy companies to continuously evaluate its performance. The two renewal projects started commercial operation in 2013 (FiT – 6.5THB/kWh), both had 8MWp capacity, located at Bophloi District, Kanchanaburi and Don Chedi District, Suphan Buri. The projects installed 245/250Wp poly-crystalline modules, TSE has decided to initiate a module renewal at the end of 2019, due to module technology breakthrough and declining costs make the project economically viable to do a complete renewal even during the commercial operation period.

Given the extremely tight construction period, LONGi is selected with its bifacial solutions for the 2 projects due to its high product reliability and on-time delivery. LONGi has supported TSE to complete the projects in just over one month, minimizing loss of income due to the project renewal. The overall energy yield has been increased by 20%.