Throughout 2018, GCC airlines have added 58 new flight routes – focusing on areas of consistent and substantial growth – according to research from Colliers International – based on a sample of 10 airlines including Emirates, Etihad, flydubai, Salaam Air, Oman Air, Gulf Air, Saudia, flyadeal, Air Arabia and IndiGo Airlines.

Karin Butot, CEO, The Airport Agency, added: “2018 has been an exciting year for new flight routes both to and from the GCC, underscoring Dubai as the ideal location to bring together professionals from the aviation and tourism industry for the inaugural CONNECT Middle East, India and Africa forum.”

“With up to 400 delegates, CONNECT Middle East, India & Africa 2019 will include unlimited one-to-one pre-scheduled appointments, a conference programme, panel discussions and airline & industry briefings as well as an exhibition area dedicated to airports and suppliers.”

Looking at the UAE alone, almost 50% of new routes introduced in 2018 are to destinations across Europe, with the second largest share of new flights connecting the UAE with Russia.

Nick Pilbeam, Divisional Director, Reed Travel Exhibitions, said: “With two thirds of the world’s population within an eight-hour flight from the GCC, it is an ideal base for exploring some of the world’s most interesting and previously inaccessible corners of the world. And the GCC’s airlines are making it even easier with the continuous addition of new and direct flight routes.”

Pilbeam, added: “The UAE’s introduction of visas on arrival for Russian tourists in 2017 has led to a huge demand for new flight routes. Earlier this year, Emirates announced a third daily flight to Moscow, while in September the airline confirmed that it would be the first to fly an A380 to St Petersburg.

“Historically, Europe and the UAE have enjoyed excellent travel and tourism links. Building on this, the introduction of additional flights, new routes and competitive fares are expected to continue to attract growing numbers of EU residents to the UAE.”

Throughout 2018, both Oman and Bahrain introduced 12 new routes each. Of the new flights added across Oman, the majority have been GCC and North Africa centric to destinations including Riyadh, Kuwait City, Khartoum, Morocco and Egypt. While, in Bahrain new routes have been Asia focused to destinations such as India, Azerbaijan and Turkey.

In Saudi Arabia, eight new routes – to destinations including Vienna, Malaga and Erbil – were added during 2018, with the majority originating from Jeddah. For these routes, Colliers International predicts the majority of demand will come from the outbound market. However, as the kingdom moves towards attracting 30 million visitors annually by 2030, the new routes may also attract a degree of inbound corporate, religious and leisure visitors.

“Following recent reforms and the review of visa regulations, Saudi Arabia is poised to capitalise on these factors as it nurtures a vibrant leisure and entertainment sector, supported by additional and direct flight routes,” Pilbeam said. 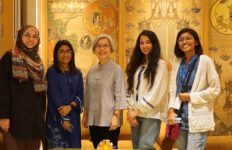 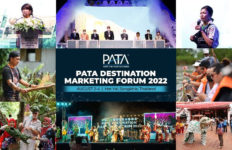 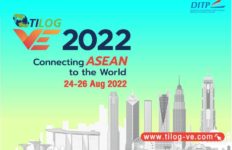 TILOG VE 2022, the return of the most awaited ASEAN logistics event→ 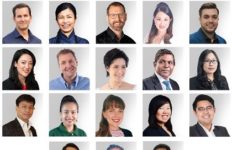